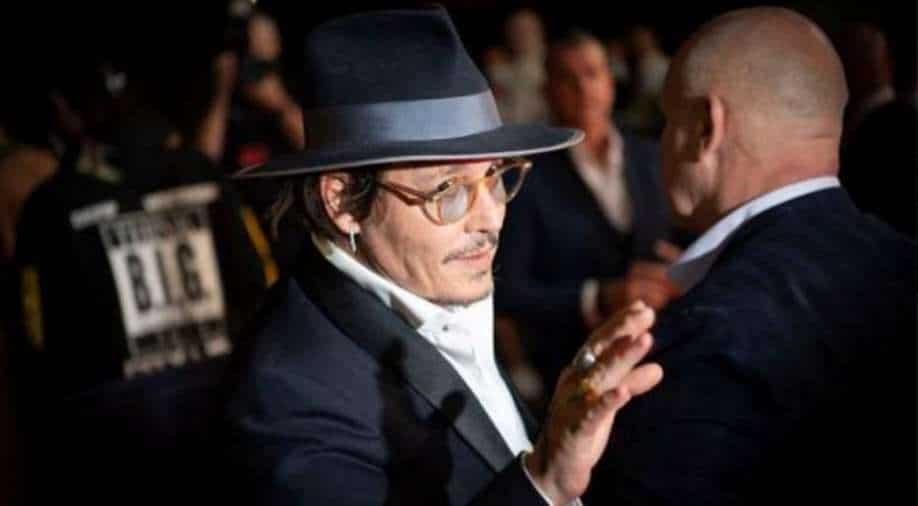 For the screening of 'City of Lies', Johnny Depp reportedly wore a suit and fedora and stopping for pictures at the red carpet. He also signed autographs for his fans present at the festival.

As per reports, the 'Pirates of the Caribbean' star attended a screening of his film 'City of Lies'.

In the film, Depp essays the role of a retired detective who is convinced the Los Angeles Police Department (LAPD) was involved in the 1997 murder of The Notorious B.I.G.

'City of Lies' also touches upon has the 1996 death of another rapper, Tupac Shakur.

For the screening, Depp reportedly wore a suit and fedora and stopping for pictures at the red carpet. He also signed autographs for his fans present at the festival.

'City of Lies' had first premiered in December 2018 at the Noir in Festival in Italy.

The film was initially slated to release in the US in September of 2018 but got delayed several times, which got pushed even further due to COVID.

Depp's rare red carpet appearance comes just weeks after a Virginia judge allowed the actor to proceed with pressing libel charges against Heard over a 2018 Washington Post op-ed that the 'Aquaman' star had penned, claiming she was subjected to domestic violence during their marriage.

Depp claimed that Heard's accusations have led him to being 'blacklisted' by Hollywood. He stated that his latest film, 'Minamata', is yet to be released in US theatres because of the aforementioned reason.

Johnny Depp and Amber heard were married from 2015 to 2017 and were embroiled in an unpleasant divorce dispute that involved allegations of violence.

Reports say the former couple has denied treating one another unjustly but acknowledged in a joint statement in 2016 that their "relationship was intensely passionate and at times volatile."