Jennifer Aniston is ready to date again: It's time 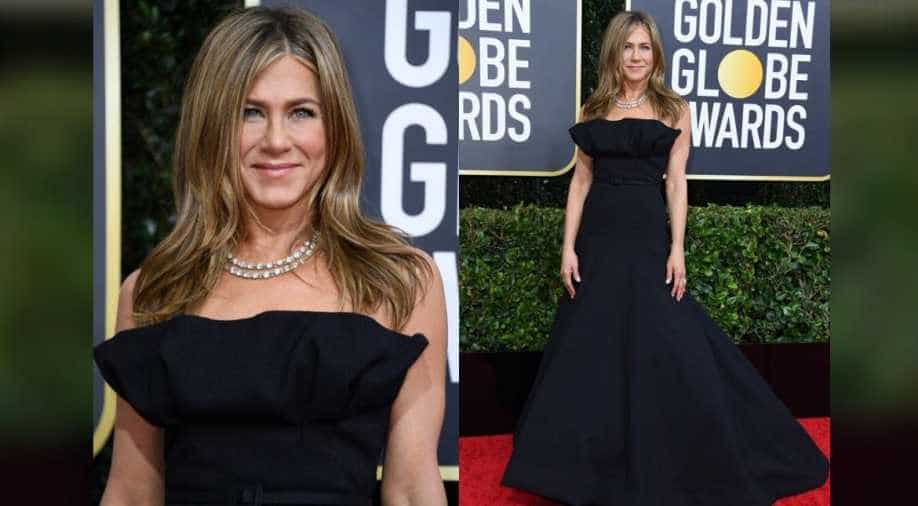 Jennifer Aniston went to the extent of jokingly asking, “Why, do you have someone you want to set me up with?”

Contrary to what the reports say, Jennifer Aniston is single at the moment.

The 'The Morning Show' star, in a recent interview, talked about being ready for a new relationship.

When asked about her current dating status, Aniston said, "No, not at the time. No, I’m not. I feel like I’m getting there. Hasn’t been time... It’s COVID. Although people seem to have met and found love during COVID. I don’t know how it works,” the actress said. “I’m curious to walk up to those people and go. ‘So what, how did, what happened?’"
But, the actress did mention that she is ready to open to the idea of sharing herself with another human being.

Also read: BTS to tour US with 'Permission To Dance' this fall

"There’s been no one of importance has hit my radar yet. But I think it’s time. I think I’m ready to share myself with another. I didn’t want to for a long time, and I loved really being my own woman, without being a part of a couple, where I’ve been a part of a couple since I was 20. So there was something really nice about taking the time."
Aniston went to the extent of jokingly asking, “Why, do you have someone you want to set me up with?”

The 'Just Go With It' star also talked about how the idea of romance has changed over the years. "There it is, chemistry, and you see each other from across the room. People don’t come up to people anymore, people don’t do that. It’s, it’s, it’s a weird, it’s weird."

Also, the actress feels first kiss between partners plays a crucial factor in relationships but "also the ease at which the conversation flows the first time. That’s kind of a good indicator, confidence, but not a cockiness. Humour, please I beg of you, beg of you. Generous, kind to people, you know, it’s just very few necessities."

Talking about her 'The Morning Show' character Alex Levy, Aniston said that she took inspiration for her role from TV legend Diane Sawyer.

"I had dinner at Diane’s. Which was memorable.  I will never forget. So many little isms, Alex-isms are taken from Ms. Sawyer. There was definitely a coffee and a red bull moment in the mornings. There was the working out like basically half asleep. Diane would actually run down Fifth Avenue to get to work. Cause when else are you going to work out? So she would run down Fifth Avenue into Times Square of course, followed by her driver who was like, ‘don’t, please don’t’, but yet cheering her on ‘Go, go Diane go Diane.’"

Talking about her 'Friends' reunion, Jennifer Aniston talked about how the world has changed between the completion of the show and the reunion that took place this year.

Also read: James Bond is back: 007 film 'No Time To Die' premieres in London

"Oh gosh. It was really great. It was romantic. We really romanticized it in a way,” she said. “And then doing it. It was a big ouch in a weird way… we ended at a time where yes, we were saying goodbye to 10 years of this family, but we also had everything ahead of us. And it was exciting. And so much has happened since then. A lot, you know. The world has changed. We all went through things personally that were hard, wonderful, you know, difficult changes, unexpected this and that. And the world changed," concluded the 'Friends' alumna.