It's a wrap for Priyanka Chopra starrer series 'Citadel', shares BTS pictures with Richard Madden & others 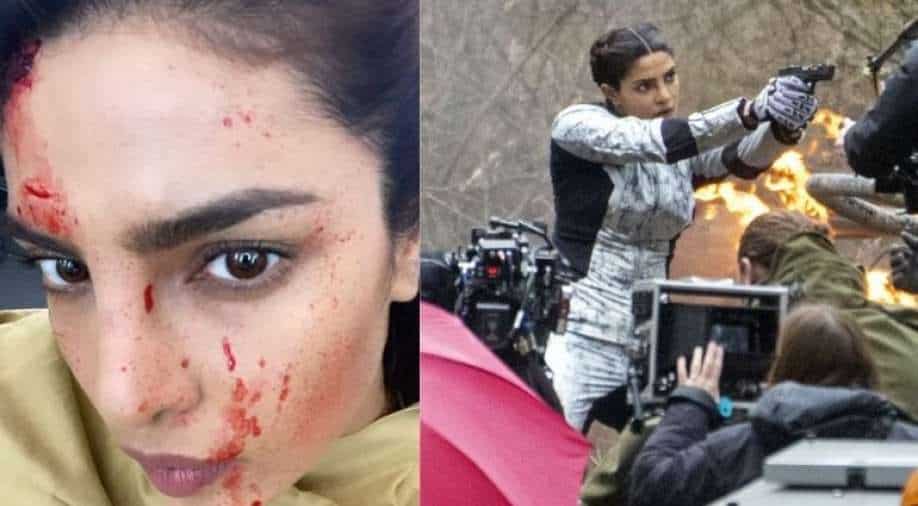 The details about the Russo Brothers' directorial are being kept under wraps.

Chopra, who has been living in London for a long time now for Russo Brothers' project, has shared a big update on her thriller series.

Taking to her Instagram handle, the 'Quantico' actress shared some BTS photos from the set featuring her co-star Richard Madden and other team members.

Sharing the pictures, she penned a short note on her hard journey and wrote, ''Photo dump. It’s a wrap on #Citadel. Phew.. a whole year of doing the most intense work during the most intense time. It could not have been possible without this incredible lot of people. Some you see here some you don’t. It’s been hard but when you all see it.. it will be worth it! Onwards and upwards.''

In the pictures, Priyanka was seen having fun with the cast and crew of the series including 'GOT' actor Madden, Ashleigh Cummings and writer Josh Appelbaum among others. One picture also shows the bruises she got while shooting the series.

'Citadel' is helmed by 'Avengers' makers Joe and Anthony Russo, and the spy thriller series, co-starring Richard Madden, is billed as an ambitious global event for the OTT space.

Meanwhile, Chopra is gearing up for the release of 'The Matrix: Resurrections'. She also has a Bollywood film in her bag, 'Jee Le Zaraa' with Alia Bhatt and Katrina Kaif.