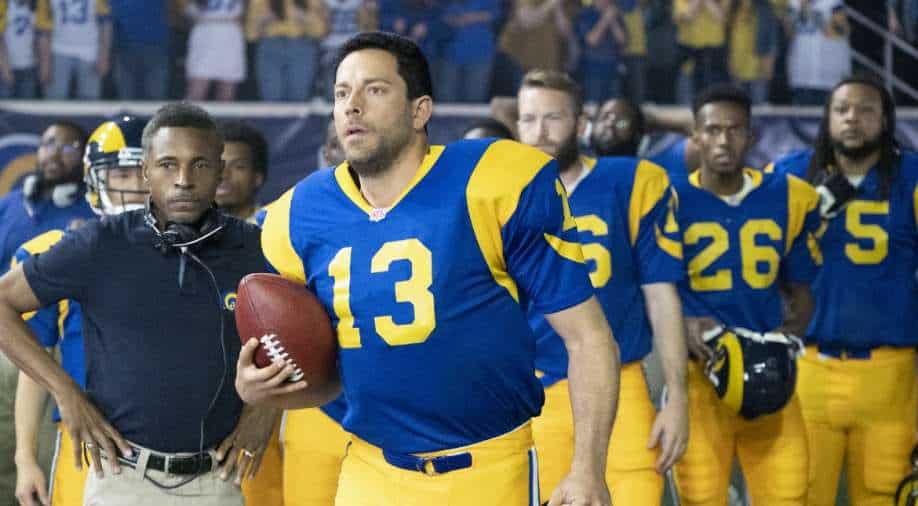 'American Underdog' boasts of a stellar cast, including Zachary Levi, Academy award winner Anna Paquin and Dennis Quaid. As per reports, Levi was trained by Andrew and Jon Erwin.

'American Underdog', which is slated to come out on Christmas on Lionsgate, is a movie that is sure to make us all cry.

The film is the true story of underdog Kurt Warner, who, despite many attempts to make it to the plush NFL, was unable to secure a spot. However, after meeting his future wife, Warner starts to concentrate more on building a future around his family and move away from the allure of a football stadium. To support his family, Warner gets a job at a nearby supermarket. Later, he is asked to take part in arena football, which he agrees to show respect towards his favorite game. While playing for the arena, he leads his team to one win after the other.

Also read: Adele asks John Meyer to get married: I think it is an incredible thing

Warner is then approached by a recruiter for the St. Louis Rams, who wants him to join the team. Although old for the position, among other problems, Warner makes it to the team that launches his 12-year long, super-successful career for as a quarterback.

'American Underdog' boasts of a stellar cast, including Zachary Levi, Academy award winner Anna Paquin and Dennis Quaid. As per reports, Levi was trained by Andrew and Jon Erwin.

The story of Warner is truly extraordinary as the legendary quarterback not only plays for the Rams but also the New York Giants and Arizona Cardinals. He also won one Super Bowl, and played in two others, collected MVP awards and his contribution is recorded in both the Arena League Hall of Fame and the NFL Hall of Fame.

Also read: Lady Gaga on boyfriend Michael Polansky: He is my whole life

Check out the new trailer here: