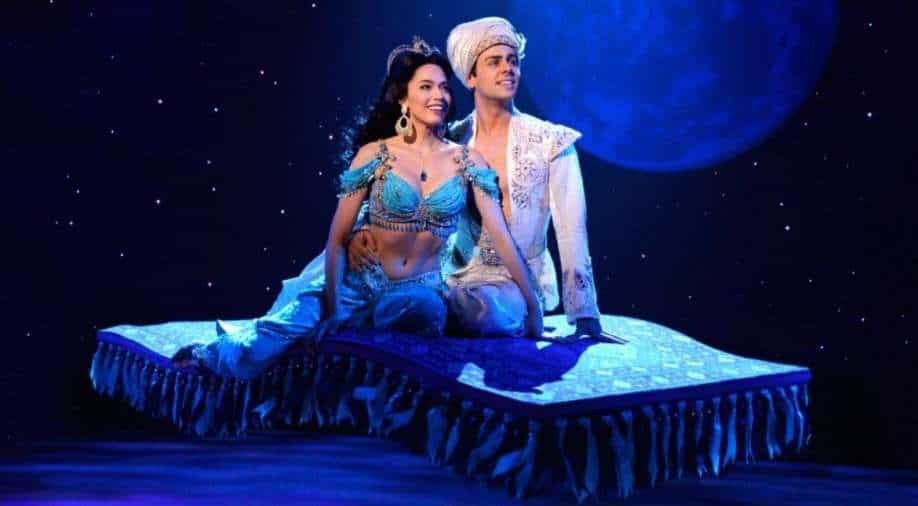 The broadway version of 'Aladdin' will come back to life on October 12, reports claim.

Just a day after 'Aladdin' broadway show resumed work following negative PCR tests from cast & crew members, Disney Theatrical--the company behind the show--has announced that the broadway will shut down again for 12 days.

The broadway version of 'Aladdin' will come back to life on October 12, reports claim.

The first show that happened on Thursday had used negative PCR testing as tool for ensuring safety. But, on Friday, additional cases of Covid-19 were reportedly detected within the company.

"Given my evaluation of this real-world data, I believe these positive cases are most likely related to an exposure from one positive case. This 12-day pause allows the Aladdin company ample time to ensure that people with breakthroughs recover, and any other potential breakthroughs are identified before the Aladdin company gathers again," Blythe Adamson, the epidemiologist working with Disney Theatrical Productions, said in a statement.

Also read: Watch: 'Justin Bieber: Our World' documentary trailer out, and it's insightful

"Daily PCR testing allows us the opportunity to detect a positive case before it is contagious. This allows us to isolate it before anyone else is put at risk, as we have done several times with the Aladdin company. Morning and evening swabs collected on Thursday returned highly accurate negative molecular PCR test results for all cast, crew and musicians that affirmed a safe performance environment for our company and audience," she continued.

Tickets for all dates will be refunded by the company.