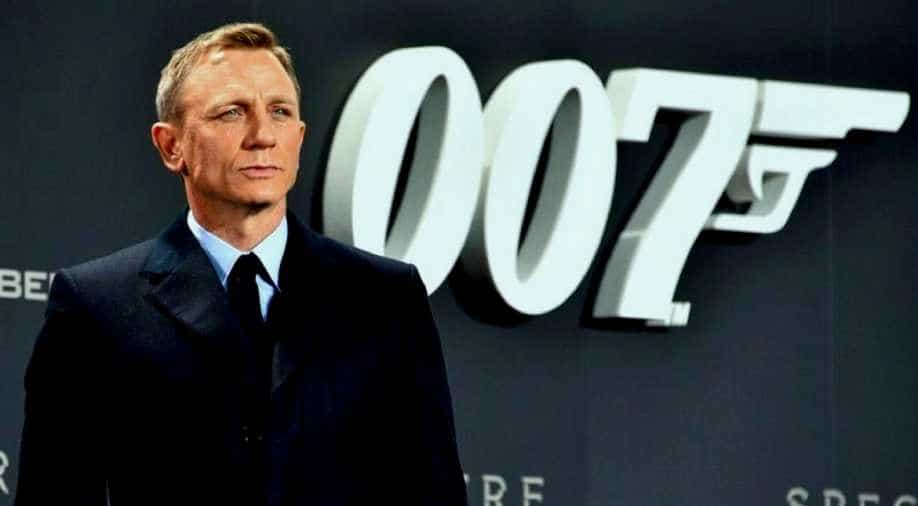 File image of Daniel Craig as James Bond at the film premiere of 'Spectre'. (Source; Wikimedia Commons) Photograph:(Others)
Follow Us

'No Time To Die', the new Bond film, is perhaps a fitting title for an industry that has been battered by the closures of cinemas around the globe to try to contain the deadly virus.

British cinema chains will enjoy the luxury of full houses this weekend thanks to the enduring allure of the James Bond franchise, but their challenge is to make movie-going a habit again after the coronavirus pandemic.

'No Time To Die', the new Bond film, is perhaps a fitting title for an industry that has been battered by the closures of cinemas around the globe to try to contain the deadly virus.

Theatres are now reopening in many countries but streaming services such as Netflix have surged ahead during lockdowns and pose a lasting threat. Tim Richards, founder and head of cinema chain Vue, say going out to see a film enhances its value.

"Enjoying a movie with friends, family, strangers makes it funnier, scarier, whatever it might be," he told Reuters.

Richards points to a strong slate of film releases this autumn to help maintain the momentum -- including the historical drama 'The Last Duel', biographical crime movie 'House of Gucci,' as well as superhero movies such as 'Eternals' and the latest instalments in the 'Superman' and 'Venom' series.

His enthusiasm is shared by Jon Dixon, UK Marketing Director at Showcase Cinemas.
"There is actually an awful lot of content coming down to be released through the rest of 2021 and 2022... When you look at the release calendar for the final quarter of this year and then into next year, it is a phenomenal lineup," Dixon said.

From James Bond to 'Macbeth': Daniel Craig to return to Broadway stage

There are brighter signs for cinemas across the Atlantic. Disney`s most recent film, Marvel's 'Shang-Chi and the Legend of the Ten Rings,' set a Labor Day weekend record with $94.7 million in ticket sales at U.S. and Canadian theatres.

Disney will release 'Eternals', 'West Side Story' and the rest of its 2021 films exclusively in theatres before sending them to streaming, a show of confidence that moviegoing will rebound.

"What Bond is showing, and films that have been released over the past few months like Shang-Chi, is that when films are released exclusively in cinema before they have home entertainment or streaming releases then the demand is there for people to see these films in the cinema," said Dixon.

'No Time to Die', the 25th instalment in the franchise and Daniel Craig`s last portrayal of the spy, was pushed back three times as its makers waited for theatres to reopen.

Rivals Cineworld and AMC-owned Odeon said this week that pre-bookings for the movie were at levels last seen in 2019. "Bond is an event. It always is. I think because we are in a post-Covid world it is maybe an even bigger event than it would have been normally. It has cross-generational appeal," said Vue`s Richards.