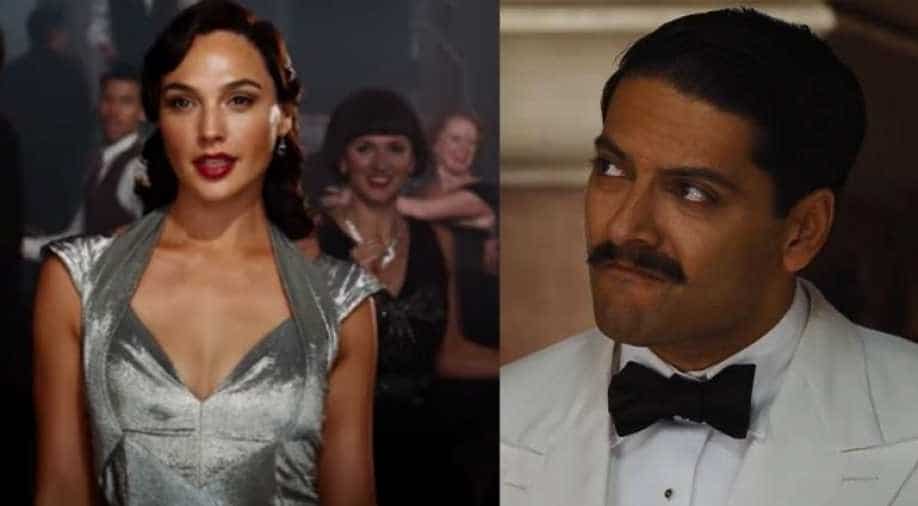 Gal Gadot and Ali Fazal in a still from 'Death On The Nile' Photograph:( Twitter )

Based on the 1937 novel of the same name by Agatha Christie, the film stars Gal Gadot, Armie Hammer, and Bollywood star Ali Fazal.

Filmmaker-actor Kenneth Branagh assembles a stellar star cast for his new murder mystery 'Death On The Nile'. Based on 1937 novel of the same name by Agatha Christie, the film stars Gal Gadot, Armie Hammer, and Bollywood star Ali Fazal.

The trailer was unveiled on Wednesday night by Gadot and Fazal on Twitter.

First trailer for Death On The Nile!! It was such a delight to work on this project.. loved bringing this classic Agatha Christie story to life with our amazing director and dreamy cast 🚢🕵🏼💋💥 #MurderwasJusttheBeginning #DeathontheNile pic.twitter.com/s4xfqlRUuk

Fazal dedicated the film to his mother who he lost last month.

This ones for Mom. She might’ve liked it. https://t.co/LpS7BDpDSB pic.twitter.com/C5dgiOVWrB

The film is a follow-up to 2017`s `Murder on the Orient Express`, which is again an adaptation of Christie`s tale for big screens and as the author's favourite detective Hercules Poirot taking up a murder mystery to solve.

The one-minute-and-50-second-long trailer features Hammer and Gadot playing a glamourous duo, but a murder on their cruise makes the affair mysterious.

Bollywood actor Ali Fazal is also seen playing a significant role in the trailer.The scenes are widely shot in Egypt and the movie is set to hit the theatres on October 23.