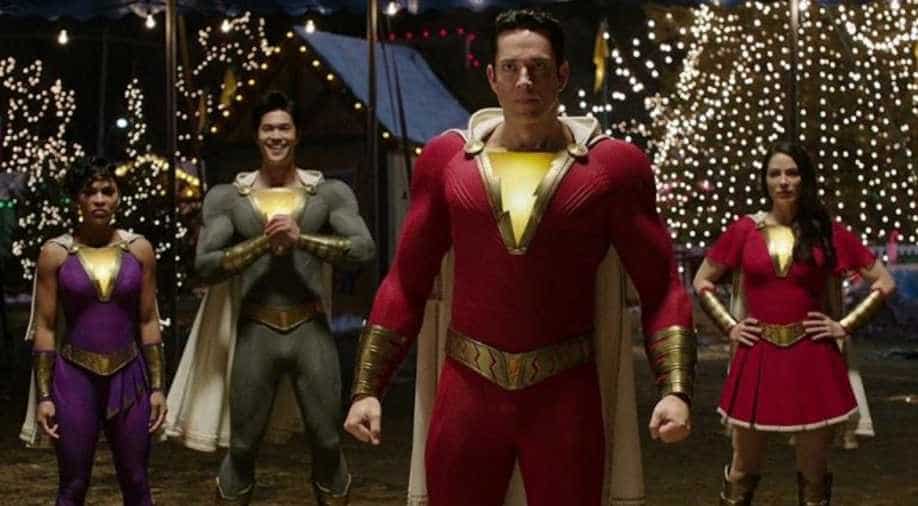 Despite multiple rampant rumours suggesting otherwise, the upcoming 'Shazam: Fury of the Gods' will not feature one of the most powerful superheroes from the DCverse.

Despite multiple rampant rumours suggesting otherwise, the upcoming 'Shazam: Fury of the Gods' will not feature one of the most powerful superheroes from the DCverse.

Two sources with direct knowledge of the production and Cavill`s schedule confirmed to Variety that Henry Cavill will not appear as Superman in the upcoming DC Film `Shazam: Fury of the Gods`.The film will be a sequel to the hit 2019 film `Shazam!` which was a critical success and held its own at the box office, raising speculation about what the sequel may hold.

The first film opened to strong reviews and great word-of-mouth en route to a $366 million global take. 'Shazam!' takes place in the larger cinematic universe established by 2013’s 'Man of Steel,' and references Superman throughout.

In the final minutes, Shazam even convinces Superman to come to Billy’s high school to show up a couple of bullies who were making life hard for Billy’s best friend, Freddy (Jack Dylan Grazer). In the scene, Superman steps into the frame but is only seen from the neck down. He’s played by stunt performer Ryan Handley.

While attempting to address the recent rumours of Cavill’s appearance in the sequel, director David F. Sandberg even noted that at one point, Cavill was supposed to appear in 2019’s 'Shazam!'

“Halfway through shooting ‘Shazam,’ the plan was still for Cavill to be in it,” Sandberg tweeted on Friday. It’s also why Sandberg says he isn’t commenting on the casting rumors about Cavill: “You can’t be sure about anything until it’s happened.”

Not going to comment on casting rumors for several reasons. One being you can’t be sure about anything until it’s happened. Halfway through shooting Shazam the plan was still for Cavill to be in it. Scoopers could have scooped that and been right at the time but wrong in the end.

According to Variety‘s sources, however, Cavill may be returning as Superman at some point in the DC multiverse.

'Shazam!' starred Asher Angel as the teenage Billy Batson, who becomes imbued by a wizard with powers that transform him into the superhero Shazam (played by Zachary Levi).