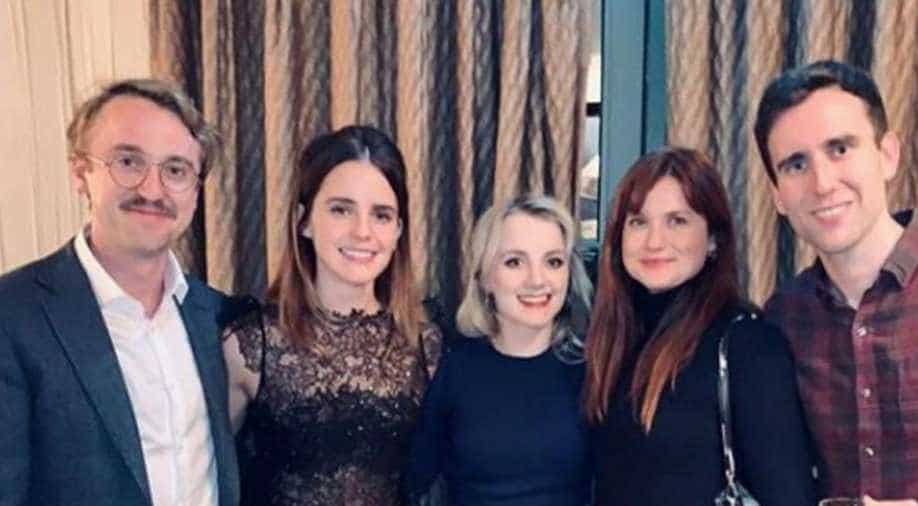 The photo has them posing smiling for the camera.

Christmas comes early as ‘Harry Potter’ cast recently came together for a party and their reunions pictures are amazing.

As part of an early Christmas present to the world, actors Emma Watson, Tom Felton, Evanna Lynch, Bonnie Wright and Matthew Lewis got together. They were in London for a meet-up and posted about it on Instagram.

The photo has them posing smiling for the camera. They captioned the photo: “Merry Christmas from us.”

In an interview in November, Rupert Grint who played Ron Weasley spoke about his time filming for the Harry Potter series. He said that he had an intuition of some romance between Emma Watson and Tom Felton as he said, “Yeah, I could. There was always something. There was a little bit of a spark,” said Grint.

He later clarified that it was nothing more than just “playground romance.”

Emma Watson and Tom Felton have made clear, on several occasions, that they are happy being single and are fine with the idea of living their lives as “self-partnered” individuals.