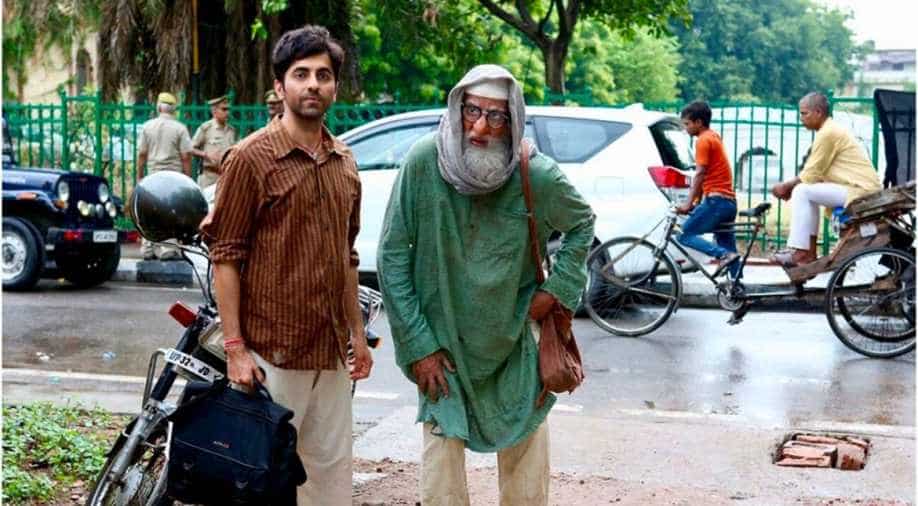 It has been claimed that Rajeev Agarwal had submitted a story titled '16, Mohandas Lane' in the Cinestaan India`s Storyteller Script Contest, where Chaturvedi was a jury member.

Refuting the news completely, Chaturvedi has said the film's story was her original idea. "My conscience is clear, and so are the facts in this matter. `Gulabo Sitabo` is my original work and I am proud of it. I shared the idea with the director (Shoojit Sircar) and lead actor (Amitabh Bachchan) of the film in early 2017. I subsequently registered the concept note for the film in May 2018," Chaturvedi said.

Quashing claims made by Agarwal, Chaturvedi said, "I also must clarify the speculations around my conduct as a jury member for Cinestaan`s contest. I had no access to the so-called infringed script at any point in time, as alleged. This fact has been independently confirmed by Cinestaan as well. Even the Screenwriters Association (SWA), who has looked at this dispute in May 2020, decided in my favour. I speak now to request the press and public not to be disillusioned by false accusations, which are for publicity only. Acts of harassment, defamatory comments, and leaking confidential notices by the accusers only show their lack of faith in their own case. I stand by my truth," she said in a statement.

Meanwhile, a legal notice was sent by advocate Rizwan Siddiquee on behalf of Akira Agarwal to the makers of 'Gulabo Sitabo', with the demand to see the film`s complete script.

Akira Agarwal has also filed a complaint at Mumbai`s Juhu Police Station in this regard. Alleging that the story of 'Gulabo Sitabo', its background and theme resemble '16, Mohandas Lane'.

According to the legal notice, Agarwal had submitted his story in the month March 2018 and his entry had subsequently been shortlisted. On June 28, 2018, the final script of the story was also submitted for the contest and all jury members had full access to the same.

Speaking to a news agency, Anjum Rajabali, Jury Chairman, Cinestaan Script Contest, said, "While it is true that `16, Mohandas Lane` was submitted to the first edition of the Cinestaan India`s Storytellers Script Contest of which Juhi Chaturvedi was one of the jury members, we want to clarify that she had absolutely no access to this particular script."

"The process of reading, assessing, screening and judging involved three clear stages. In the first stage, all the submitted stories were read by a bunch of readers and around 325 were shortlisted for me to read. From these, we invited 152 writers to develop their stories into screenplays and submit them to the contest. 126 screenplays were received. In the second stage, these were read by our readers and 20 shortlisted scripts were sent to me, which were read by two senior readers and myself. From these, we shortlisted eight scripts. And, in the third stage, these eight scripts were sent to the other three jury members, Aamir Khan, Raju Hirani and Juhi Chaturvedi, to be read by them and by me again.

"From among these, five were selected for the awards, and ranked in order of merit. While `16, Mohandas Lane` made it to the top 20, it did not enter the final list of 8 scripts which were sent to the jury. The jury, including Juhi, had absolutely no access to any script except for the 8 which were sent to them. So, it is totally incorrect to assume that since Juhi Chaturvedi was on the contest`s jury she had received the said script. There is clear documentation, including a trail of e-mails from myself to each jury member, which bears out the above facts unambiguously," Rajabali further shared.
Sircar`s comedy 'Gulabo Sitabo' featuress Amitabh Bachchan as Mirza, landlord of an old dilapidated `haveli` in the heart of Lucknow, named Fatima Mahal, while Ayushmann Khurrana plays is his shrewd tenant, Baankey.

The film is produced by Ronnie Lahiri and Sheel Kumar, and is set to premiere worldwide on June 12 on OTT platform Amazon Prime Video.