'Game of Thrones' season 8 episode 5 review: Looks like no one will end up on the Iron Throne 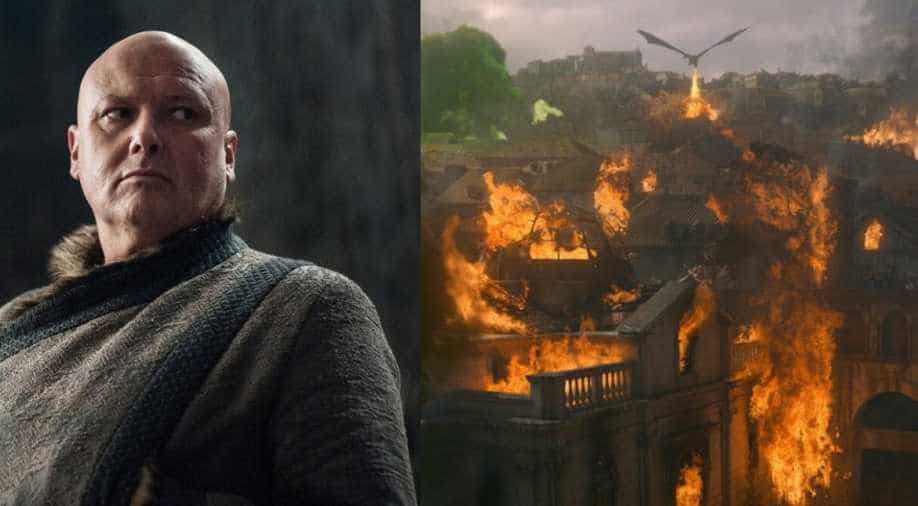 We got to see a lot of deaths in episode 5 but it didn’t give us the chills, with most agreeing that the show has become almost too predictable.

‘Game of Thrones’ season 8 has been less flattering to most ardent fans who expected the hit show to scale greater heights in its final season.

HBO debuted episode 5 today, the second last time when we ever get to see the show again (you can obviously watch reruns but it will never be the same) and it had everything to satisfy the ‘GoT’ lovers but there was something still amiss. The episode had a great background score, on-point cinematography but it lacked the poetry and fluidity with which the show moved through all its previous seasons. We got to see a lot of deaths in episode 5 but it didn’t give us the chills, with most agreeing that the show has become almost too predictable. This has resulted in season 8 becoming the lowest-rated season of the popular series. Meanwhile, episode 4 is the lowest rated episode ever of the series.

Episode 5 titled ‘The Bells’ opens with Varys writing down the truth of Jon Snow and his lineage on a scroll, right before he is executed for defying Daenerys Targaryen by asking Jon Snow to take the Iron Throne. He burns a part of the scroll before he hides it on his desk along with his rings as he is taken to Dany where she orders Dracarys to burn him. Varys’ last words aptly set the mood for the remaining episode as he tells Tyrion, “I hope I deserve this. Truly, I do. I hope I'm wrong. Goodbye old friend."

Dany and Tyrion also have a cold moment when the Mother of Dragons tells him to not fail her again as it will be his last. This was right after she tells that they have Jaime Lannister as a prisoner when he was trying to cross her troops to meet Cersei. Tyrion does as we'd expect and returns the favour to his brother, inspite of Dany’s warning and lets him go free in order to save Cersei. We can expect Tyrion bidding us a farewell in the final episode with this move, considering Dany’s in no mood of mercy.

The rest of the episode is all about Dany going full-on Mad Queen, just as Varys predicted. She takes her dragon to the water, burns up the Iron Fleet. She then flies it to the King’s Landing and kills the Golden Company’s first line of defence. Meanwhile, you can see Cersei Lannister waiting in the Red Keep for her enemies to be defeated but we all know by this time that she’s just being hopeful and that Dany will win this war.

Cersei and Jaime meet a poetic end (possibly) as they are shown wrapped in each others’ arms when their way is blocked by debris and the ceiling of the building falls on their head. Most would argue that the death scene lacked the grandiose that the Queen deserved. In fact, it will almost make you empathise with Cersei who tells Jaime that she does not want to die and that she wants their baby to live, right before the walls are seen breaking over their head and the camera takes us to another scene.

The title of the episode ‘The Bells’ comes up quite many a times when Tyrion first begs Dany to not burn the city if the people ring the bell, aka they surrender. Next when Dany hears the bell but ignores and burns the entire city and last when it strikes to both Jon Snow and Tyrion what has happened right in front of their eyes and that Varys was right in his observation of the Mother of Dragons after all.

The brothers Sandor Clegane and Ser Gregor Clegane meet their impending death in the fire and chaos as they meet head-on when the former hunts the latter on the steps of the Red Keep. We finally get to see what Gregor looked like after he was brought back to life and he’s as unreal as you could imagine. After stabbing him several times when The Hound fails to kill The Mountain, he takes a final fall into the fire by the edge of the Red Keep.

Among others who we lost in the episode, Euron Greyjoy dies a rather foolish death when he attacks Jaime Lannister on the beach of the Red Keep. He dies saying that people will remember him as 'the guy who killed Jaime Lannister.'

The penultimate episode now leaves us with the finale that looks like a clear fight for the throne between people who support Dany and those who support Jon. Jon also has a clearer idea of what Dany is capable of and given that the man is full of honour, he would not sit still any longer (hopefully) after the wrath that Dany has brought upon the people of King's Landing. Also, there is that prophecy in which Arya will kill 'blue eyes, brown eyes and green eyes' meaning Dany could be on the next hit list of Arya since Cersei is no longer a threat and the dragon mother has green eyes. Read reviews of previous episodes here -- episode 1, episode 2, episode 3 and episode 4.