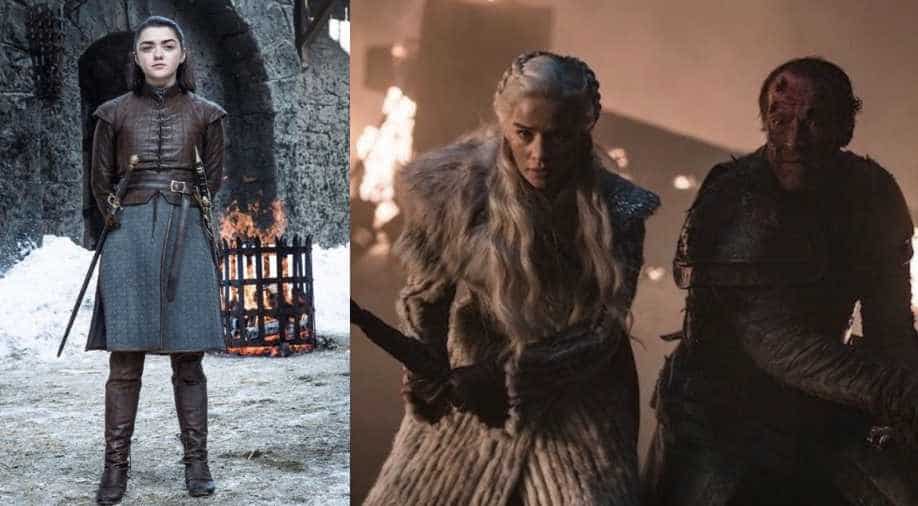 This is by far, the best battle, the best episode!

‘Game of Thrones’ makers surely know how to hold their audience and this episode was a classic example of it. From the biggest battle that has ever been filmed for the TV, heroism displayed by major characters as they fight with the dead, to the epic background score from Ramin Djawadi that will transport you to action -- the third episode is with what the show finally arrives in season 8. Watch the trailer of episode 4 here.

While many complained of ‘GoT’ downplaying in the first two episodes that had reunions and a lot of chat between characters without any major revelations or crucial plot twist, the third episode was all about the ‘long night’ as Night King, his generals aka White Walkers and the Army of the Dead descend upon Winterfell to kill humans and especially Bran.

The episode saw major characters like Tormund, Brienne of Tarth, Jaime Lannister, Grey Worm, Jorah Mormont defending the walls of Winterfell. Pretty early on in the fight, we see the Dothraki army dying as they charge in first against the dead. They are led by Jorah who is among the few who survive the first round.

Melisandre-The Red Woman also made her first appearance in the season after she was last seen in season 7 when she told Jon Snow that she would return to the continent, one last time before she dies. She played a crucial role in the episode as she gave Dothraki flaming swords (that didn’t end well though), lights up the trenches on fire (that held back the dead for sometime before they figured out a way to cross it). Towards the end of the episode, she reminded Arya of her purpose. She tells Arya, ‘what do we say to the god of death’, to which Arya replied, ‘not today’ and gets on with the action. She also reminded Arya of the prophecy that she would close many eyes -- brown eyes, green eyes and blue eyes.

Melisandre dies at the end of the episode after the battle is over, not due to an injury but when she takes off her necklace that preserved her youth. She, in fact, told Ser Davos who wanted to kill her at the start of the episode that she will die anyway before dawn and we see it happening.

Night King made a grand entrance at the battle as he came with his ice dragon that literally takes the wind off Daenerys Targaryen and Jon Snow. Another highlight was the epic fight of the dragons as the ice dragon attacked his living brothers. We are not sure if Jon Snow’s dragon is dead as Jon falls off him after the ice dragon attacks Rhaegal. Meanwhile, Dany attacked Viserion with Drogo, leading to Night King falling off him.

Jon and Night King also had a moment when the former finds himself face-to-face with him. He couldn’t approach the dead king though, as he wakes up all those who are dead around him leaving Jon to fight them out. Thankfully, Dany saved him and he runs to defend Bran who is by now waiting for the Night King at the Godswood with a couple of fighters led by Theon to fight for him.

Theon and Bran also share an emotional moment before he eventually dies off in the end when the Night King pulls a sword right through him. This happens right after Bran tells him that he's a good man and Theon can be seen crying.

Arya Stark’s character played a major role in the episode, from showing off her training skills when she manages to duct the dead as she walks in sheer silence to killing many with her dragon glass spear to more.

In total, we lost five of our people in this episode -- Melisandre, Theon, Jorah (who dies defending Dany), Lady Mormont (who kills a Giant before she dies in his hands), Eddison Tollett (Lord's Commander of the Night's Watch and Beric Dondarrion who fights off many walkers trying to shield Arya when she is attacked by many walkers.

Sansa Stark, Tyrion Lannister, Varys and others were safe in the crypt and they survive the battle without so much doing anything.

Also read Game Of Thrones: Battle Of Winterfell was the biggest ever but fans complained that they couldn't see anything