Game Of Thrones: Battle Of Winterfell was the biggest ever but fans complained that they couldn't see anything 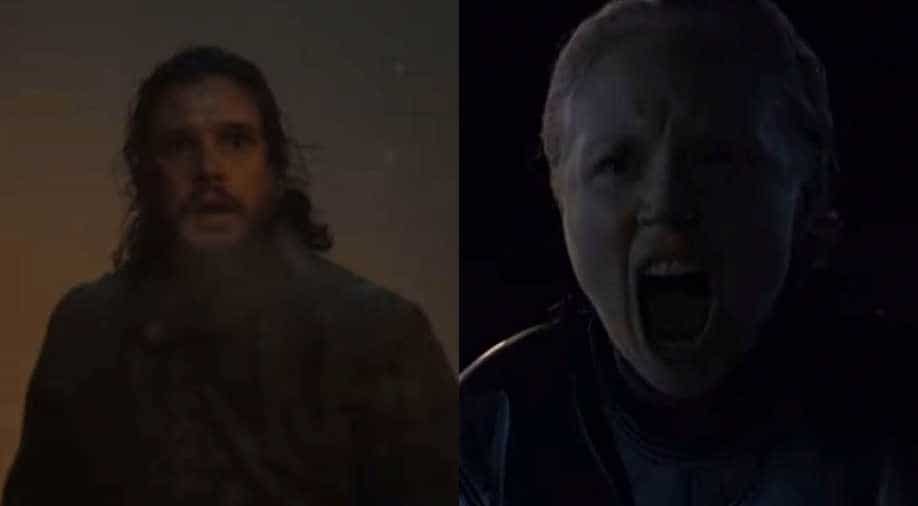 Stills from the third episode of 'Game Of Thrones'. (Via Youtube/HBO) Photograph:( Others )

'The visibility was so bad in this episode, it almost felt like driving a car in Delhi' a fan wrote on Twitter.

Shock, disbelief and sadness- some of the adjectives that define the latest episode of 'Game Of Thrones'. And while fans have called the third episode of season 8 of GoT as one of the best of the series- they have also complained that how the episode was one of the darkest, literally!

Almost as soon as the episode kicked off, social media was flooded with tweets about the lighting of the show, with complaints that it was so dark that viewers had difficulty discerning what was happening.

Here are some of the hilarious reactions that caught our attention on Twitter.

The visibility was so bad in this episode, it almost felt like driving a car in Delhi. #BattleOfWinterfell

Okay, I’ve decided to forgive the Red Witch because without her, we wouldn’t be able to see what is happening during this episode. #GoT

i have a six-pack of chilsung ciders and two full bags of discounted easter candy, i'm ready for GAME OF THRONES

I'd spoil GOT #BattleOfWinterfell if I could. Couldn't see a damn thing in the darkness and fog.

this battle is fun but also totally visually incomprehensible