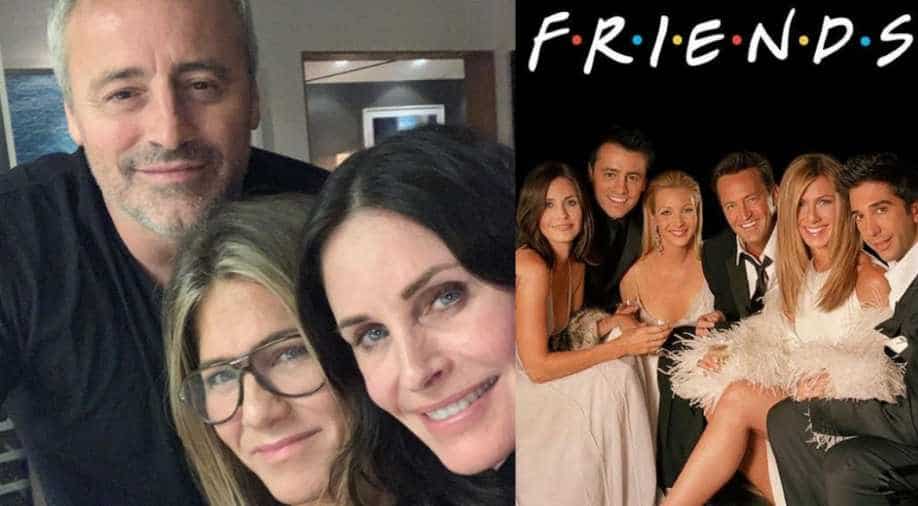 Courteney shared an Instagram photo from their reunion and it looked like they had a good time together.

American sitcom ‘Friends’ completed 25 years last month as the world gathered to wish the cast and crew for making a TV show that is popular among TV watchers even today.

Now a happy update for all ‘Friends’ fans as three of its central actors had a mini-reunion. Courteney Cox, Jennifer Aniston and Matt LeBlanc came together and social media lost all calm.

Courteney shared an Instagram photo from their reunion and it looked like they had a good time together. She captioned the post: “A rare night and I love it.”

A rare night and I love it.

She added, “The show was about that time in life when friends are your family.”

Co-creator/exec producer David Crane added, “We did the show we wanted to do. We got it right, and we put a bow on it.”

Also, certain cast members have on previous occasions, expressed their lack of enthusiasm for a reunion. Schwimmer said in a recent TV appearance, “I think we all feel it kind of ended in the perfect way,” while Kudrow added, “That was about people in their twenties, thirties. The show isn’t about people in their forties, fifties. And if we have the same problems, that’s just sad.”