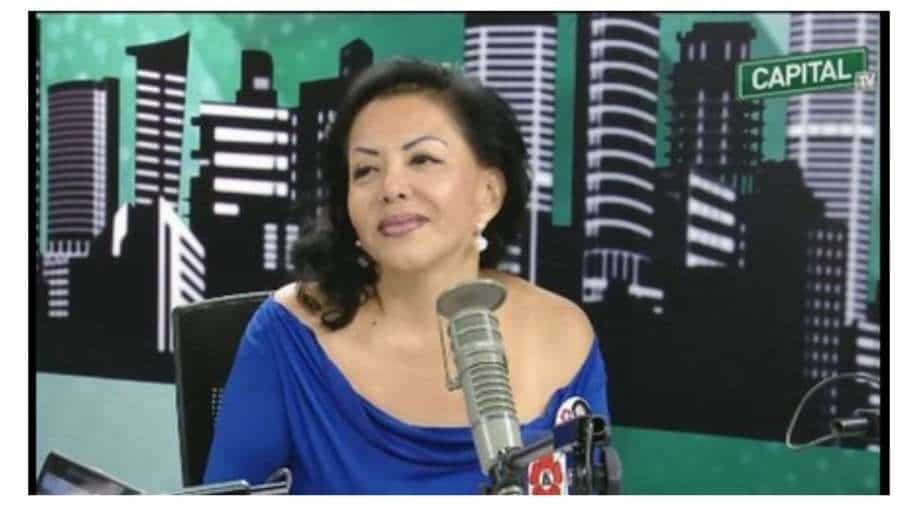 Former sex worker Angela Villon is one of several unconventional candidates vying for a seat in Peru's national congress in elections Sunday - a reflection of the country's growing diversity.

These atypical candidates include a Jesus actor, a cosplaying anime fan, and a leftist politician hoping to become Peru's first transgender congresswoman.

They are among 2,572 candidates running for a seat in Peru's 130-seat unicameral legislature, and their chosen issues vary radically.

"We whores also vote, and we decided to stop being used," said Villon, 56, who is taking a stand for oft-exploited and outcast sex workers.

If elected, she says she would push for prostitution to be legalized and for its practitioners to be afforded dignity.

"It cost me many tears to understand that I am a human being with rights," Villon, a mother of five, told AFP.

She worked as a prostitute for 35 years from the age of 16, stopped five years ago, and became an activist for the rights of sex workers.

"We are the victims of such cruelty - they rape us, they kidnap us and they kill us," she said, recounting violence at the hands of clients. Once a policeman even tried to extort money from her.

Villon leads the Movement of Sex Workers in Peru and runs a shelter in Lima providing help to some 20 prostitutes seeking a new life.

She said she started doing sex work as a teenager to survive after running away to escape abuse at the hands of her father, then continued in order to provide for her children.

If successful, Villon - on the ticket of the leftist Frente Amplio (Broad Front) party - intends to use her Congressional seat to extend rights and protections to sex workers and to stop them being treated as "scum."

Once a year Julio Mario Valencia dresses up as Jesus Christ for Easter and reenacts in the streets of Lima the biblical figure's last walk to his crucifixion, dragging a cross and bearing a crown of thorns.

The 63-year-old truck driver, who has put on this show for 45 years, is known in the capital as the "Cholo Christ", a word used to refer to people of indigenous ancestry.

This year there was no Easter procession due to the coronavirus pandemic, leaving Valencia free to campaign for congress.

By coincidence -- a "miracle" as he sees it -- Valencia is number 33 on the list, the age at which Jesus was crucified.

Dressed in a white tunic, sleeves painted red to resemble blood, Valencia told AFP he was running as "an instrument of God to clean our national house, the Congress" which he said had been taken over by economic interests.

Dressed in the blouse, skirt and wide-rimmed hat typical of Andean women, she says she is running to effect radical social change on a society in which she has suffered much bullying, even violence.

Insults have come from the ranks of fellow candidates, Cari told AFP, and said she was hurt that Peru's election authority insisted on registering her under her male given name.

If elected, she said she would fight for "an equal society, free of discrimination and violence."

Cari is running for the leftist Juntos por el Peru (Together for Peru) party.

Milagros Juarez, 31, dresses up as Asuka Langley, a character from the anime series Neon Genesis Evangelion, and campaigns while cradling a stuffed soft toy version of the Pokemon Pikachu.

Juarez wants consumption of the Japanese entertainment forms anime and manga to be "recognized as cultural activities in Peru," she told AFP.

Her father accompanies her on the campaign trail, handing out flyers of anime-mad Juarez in a bathing suit.

She is running for the party Union for Peru led by Antauro Humala, a brother of former president Ollanta Humala and a former army major jailed for leading a failed uprising in 2005.

Juarez describes herself as a "Catholic and patriot" and campaigns for the deportation of foreigners without formal employment in Peru.