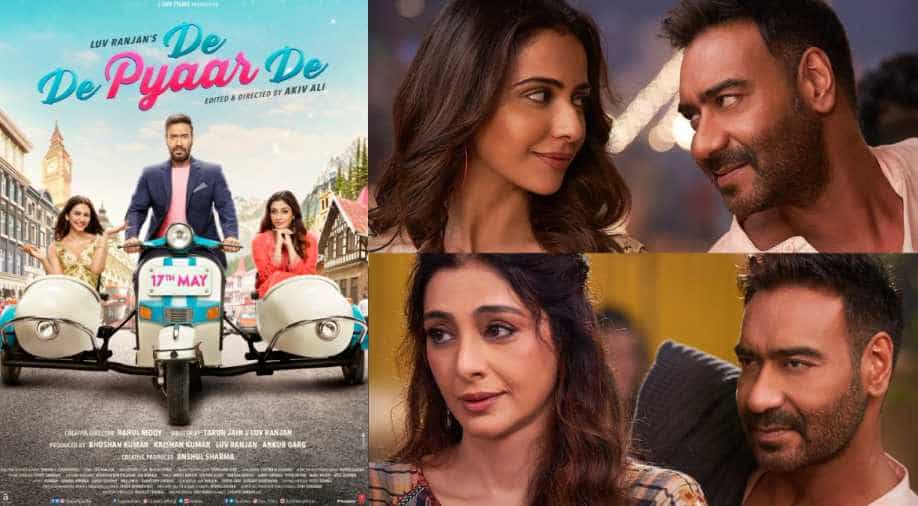 The romantic comedy has managed to collect a total of Rs. 38.54 crore in its opening weekend.

Indian film critic and trade analyst Taran Adarsh shared the box office collection of the film on his Twitter handle.

The film, which opened to mixed reviews, managed to rake in Rs. 10.41 crore on its opening day.

It saw good growth on Saturday with earnings of Rs. 13.39 crore and witnessed a slight increase on Sunday, minting Rs. 14.74 crore.

According to Adarsh, the film's business was affected by polling in some parts.

However, the film is doing well in metro cities including Mumbai and Delhi.

Even after Sunday's collection, it is one of the lowest openings for an Ajay Devgn starrer in recent times.

Ajay's last release 'Total Dhamaal' had opened at Rs. 16.50 crore and had entered the Rs. 100 crore club in the second week of its release.

The film now stands at Rs. 64.52 crores at the domestic box office.

The quirky romantic comedy, which released in over 3100 screens across the country, is expected to pick up pace in the weekdays.

The film opened to mixed reviews from critics, though the performances of Ajay and Tabu were unanimously applauded.

The movie follows the story of 50-year-old Ashish (played by Ajay), a divorcee who falls for 26-year-old Ayesha (played by Rakul). In the film, Tabu plays Ajay`s ex-wife.

The story sheds light on the backlash Ajay faces for falling in love with a girl the age of his kids, and the complexities that come with it.

The poster of the film, which was unveiled on March 22, caught the attention of viewers because of Ajay's iconic leg split.

The film hit the big screens on May 17.

Ajay will next be seen in 'Bhuj: The Pride of India' as Squadron Leader Vijay Karnik, who was in charge of the Bhuj airbase during the 1971 Bangladesh Liberation War.