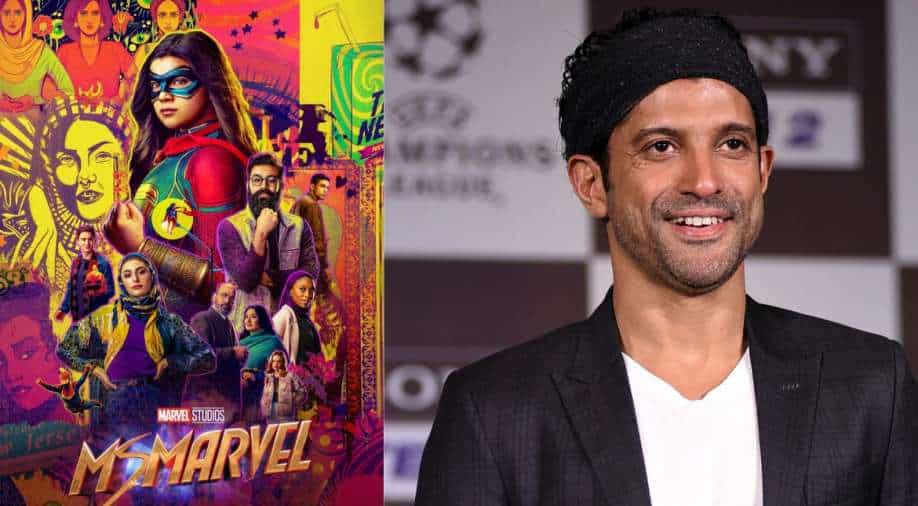 Bollywood actor-filmmaker-writer Farhan Akhtar, who is about to make his Marvel Cinematic Universe debut with Ms Marvel series, has penned an appreciation post for the makers. He shared his love for the creators and cast of the series ahead of the series premiere tomorrow only on Disney+ Hotstar.

Farhan, who will be playing a guest role in the series, on Tuesday took to his social media account to shower heartfelt praises on everyone associated with the film.

He simply captioned his post as "In Gratitude, #MsMarvel out tomorrow," along with a red heart emoticon. The post also featured the motion poster of Ms Marvel alongside a note where the actor thanked the creators for their guidance. "The post is in appreciation of the creators, the directors and all those in front and behind the camera, who collaborated to make Ms Marvel what it is. It is in appreciation of Sharmeen Obaid-Chinoy for her guidance through my days of working on it," his post read.

The note further says, "It is an appreciation of Marvel. I'm proud to be part of their conscious inclusiveness. This show is a celebration of diversity and it certainly will bring joy and pride of self-identity to millions of young girls and boys of the sub-continent. And last but not least, it is in appreciation of the wonderfully talented Iman Vellani. Be prepared to be thoroughly entertained and effortlessly charmed by her. Thank you and good luck, Team Ms Marvel."

Marvel Studios' Ms Marvel will stream on Disney+ Hotstar from June 8 in English, Hindi, Tamil, Telugu and Malayalam. The series predominantly has an Asian star cast.