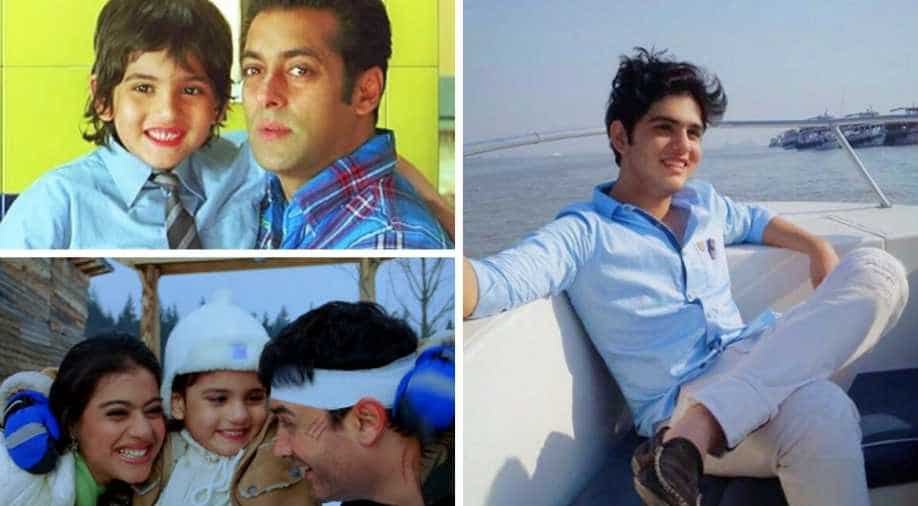 In the wake of his film ‘Noblemen’ receiving good reviews, Ali Haji spoke to WION about his journey from a child actor to now.

Remember that little boy Rehan from the film ‘Fanaa’, Aamir Khan and Kajol’s son in the hit 2006 romantic drama?

He is now a 19-year-old who is back to films after a long gap with a leading role in the recently released film ‘Noblemen’. With a filmography of ten films as a child actor, Ali Haji who stars with Kunal Kapoor in ‘Noblemen’ spoke to WION about preparing for a role that made him sensitive to the issue of bullying, journey from a child actor to now, working with Hrithik Roshan in ‘Super 30’ and ‘The Mummy’ star Brendan Fraser in ‘Line of Descent’.

From ‘Ta Ra Rum Pum’ with Saif Ali Khan and Rani Mukerji, ‘Partner’ with Salman Khan and Lara Dutta, to a boy who takes on bullying; Ali said that his comeback film has a learning that all of us need. He said, “I always knew bullying was a prevalent issue, it’s only through doing this film I understand that bullying is way broader in its scope than what we understand it to be. I can look back at certain instances throughout my childhood, through things that happened to my friends or colleagues that I can now pinpoint and say was inappropriate.”

Developing a style of his own, Ali undertook extensive workshops to get the character right for this film. He said, “While training, the challenge was about tapping into unfamiliar, dark places inside of myself -- to put yourself in the shoes of somebody who is going through everything that they are going through. It was a challenge to find within a sinister, dark side, which you didn’t know you had. You can’t really get there without somebody leading you.”

“As a kid, you just have to say your lines but now it's about developing and shaping a character -- understanding the psychology, where the character came from and what he’s going through mentally. It was a major challenge. There was extensive prep involved like tapping into your emotions, finding those moments in the screenplay and creating certain aspects, a history for the character, physical nuances and a voice. There was a lot of method involved, some of it was very instinctive,” he added on what changes he went through this time when he came in front of the camera.

Shay & Phoenix. Watch #NOBLEMEN in cinemas on the 28th of June.

It's been a while

Was this a breakout role for him as he leads it instead of play a superstar’s child? He answered, “This is very different from all that I have done in my acting career because as a kid your process is very different. You just have to say your lines, memorise them. Now its all emotional, intelligent; you have to use all of yourself and be completely present. I won't call it a breakout role but I’m excited to be back on the screen after so many years.”

Ali also spoke in detail about his co-star Kunal Kapoor. “Kunal has a prolific body of films, he’s done ‘Rang De Basanti’ which is one of my favourite films. I was excited, a little nervous at the start but as we started to do workshops together, there was a nice tempo set between Kunal, Vandana and I. He makes the environment very easy for his co-actors. I as his co-actor felt at ease that helped me express myself better,” he said.

Ali does not want to stop at just one film but to leave an impact on the film industry. He has two more films in the pipeline -- ‘Super 30’ with Hrithik Roshan and an Indo-Hollywood film ‘Line of Descent’ with Abhay Deol, Brendan Fraser, Ronit Roy and Neeraj Kabi.

Apart from acting, he is also pursuing filmmaking as a career. “Whether as an actor or a filmmaker, I hope to be a part of the movies,” he said.

In ‘Super 30’, he will be seen playing Hrithik Roshan’s character, Anand Kumar’s student before he started the Super 30 academy when he was still at a fancier coaching facility. Ali revealed, “I play one of his students from that centre. It’s an interesting role as I got to pick up on the Bihari dialect and do something I have never done before. It’s more of a rustic, raw setting.”

Here's a bit from the trailer and a lil sneak peek at one of the scenes I have with @hrithikroshan in Super 30! Can't wait

On his film with ‘The Mummy Returns’ actor Brendan Fraser, ‘Line of Descent’, Ali revealed that he plays the youngest son in a family of gangsters.“When the patriarch of the family dies, a power struggle between the three brothers starts. What’s on the surface a typical angsty millennial who can’t get his head out of trivial things, there’s actually more going on within him and how he is a part of this game that’s on between the brothers,” revealed Ali about his next dynamic role.

Big on plans and dreams, 19-year-old Ali wants to be successful in both acting and filmmaking in the future. On being asked which he prefers between the two, he said, “I don't know if I want to be slotted in being just an actor or filmmaker. There are people in the West that balance both quite effectively, like Ben Affleck and many others.”

Ali likes Vicky Kaushal, Rajkummar Rao and Vikrant Massey in the new generation of actors and wants the world to notice him too with the characters and stories he portrays on screen. His mantra for selection is simple -- “I should resonate with them.”