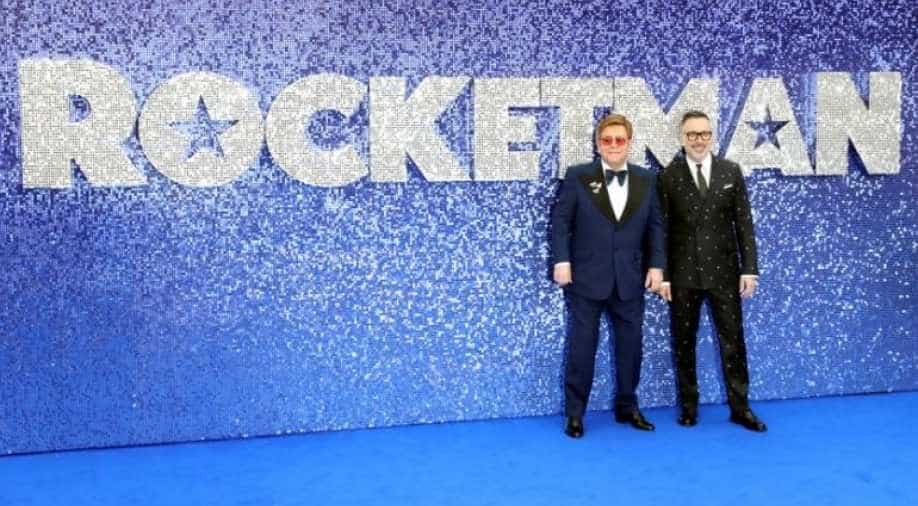 Elton John has previously spoken out against a 2013 law banning the dissemination of gay propaganda among young Russians.

Elton John on Friday criticised Russia`s reported censorship of gay sex scenes in the new movie musical based on his life, 'Rocketman', calling the decision "cruelly unaccepting of the love between two people."

John and the makers of 'Rocketman', which depicts the warts-and-all rise to fame of the gay British musician, issued a statement after Russian media reported that scenes involving gay sex and drug taking had been cut from screening in Russia.

"We reject in the strongest possible terms the decision to pander to local laws and censor `Rocketman` for the Russian market," John and the filmmakers said.

"That the local distributor has edited out certain scenes, denying the audience the opportunity to see the film as it was intended, is a sad reflection of the divided world we still live in and how it can still be so cruelly unaccepting of the love between two people," their statement added.

The English-language Moscow Times on Friday quoted a Russian film critic who had seen the film at its May 16 world premiere in Cannes as saying that several scenes, totalling about 5 minutes, had disappeared from the Russian version.

They include a male sex scene featuring actor Taron Egerton, who plays John, and a photograph during the closing credits in which the 'Goodbye Yellow Brick Road' singer is pictured with his real-life husband David Furnish, who was a producer on the film, film critic Yegor Moskvitin was quoted as saying.

The movie, which has won warm reviews, began its worldwide rollout earlier this week.

John, 72, a prominent gay rights campaigner, has previously spoken out against a 2013 law banning the dissemination of gay propaganda among young Russians.

In 2015, Russian President Vladimir Putin said he would be willing to meet with John.

Although the singer played a concert in Moscow in May 2016, no meeting with Putin took place.