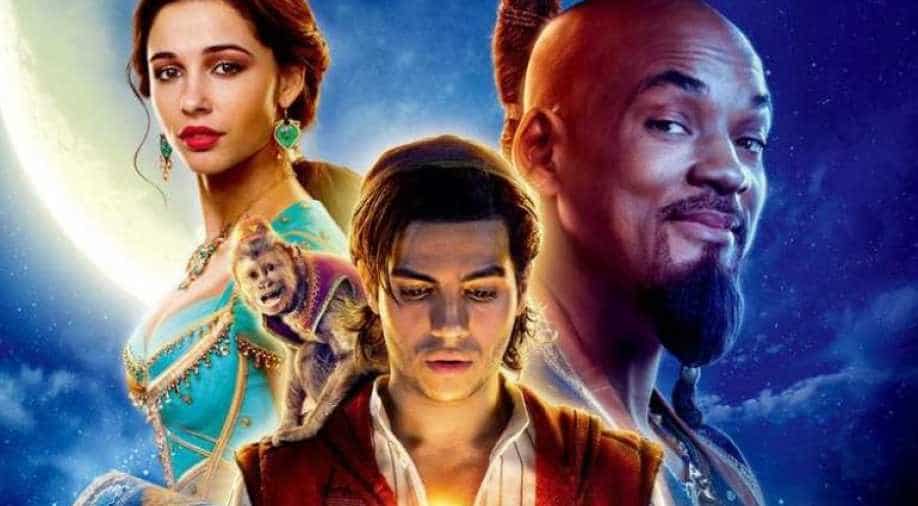 `Aladdin` premiered at SXSW to universal praise and currently sits at an incredible 99 percent on Rotten Tomatoes.

The live-action adaptation of Disney's `Aladdin` is one of the films which pulled off really well on the Thursday night box office by clocking $7 million. Read the film's review here.

The makers are hoping for tracking an $80 million bow over the Memorial Day weekend. According to The Hollywood Reporter, Guy Ritchie directorial `Aladdin` stars Will Smith as the genie and Mena Massoud as the titular hero, a charming street rat who masquerades to win the affections of Princess Jasmine, (essayed by Naomi Scott).

The musical film, which is opening wide in 4,400 locations, has received a mixed response from critics, with a 60 percent fresh rating on Rotten Tomatoes.

Apart from `Aladdin`, also hitting theatres in previews was Olivia Wilde`s R-rated comedy `Booksmart`, which earned a neat $875,000 on Thursday.

The Annapurna Pictures production title is set to launch in 2,500 locations via United Artists Releasing. The story of the high school comedy starring Beanie Feldstein and Kaitlyn Dever revolves around two Ivy League-bound overachievers determined to party on the night before their graduation.

The film premiered at SXSW to universal praise and currently sits at an incredible 99 percent on Rotten Tomatoes.

Another film hitting the previews on Thursday was Screen Gems and The H Collective`s superhero horror `Brightburn` which took in $950,000 in previews at 2,257 locations.

The movie sits at a 64 percent on Rotten Tomatoes, and is directed by David Yarovesky from a script by Brian Gunn and Mark Gunn, and counts James Gunn as a producer.

A riff on the Superman origin story, `Brightburn` is led by Elizabeth Banks and centers on a couple in Kansas who find an alien baby and raise him, only to see him turn evil.