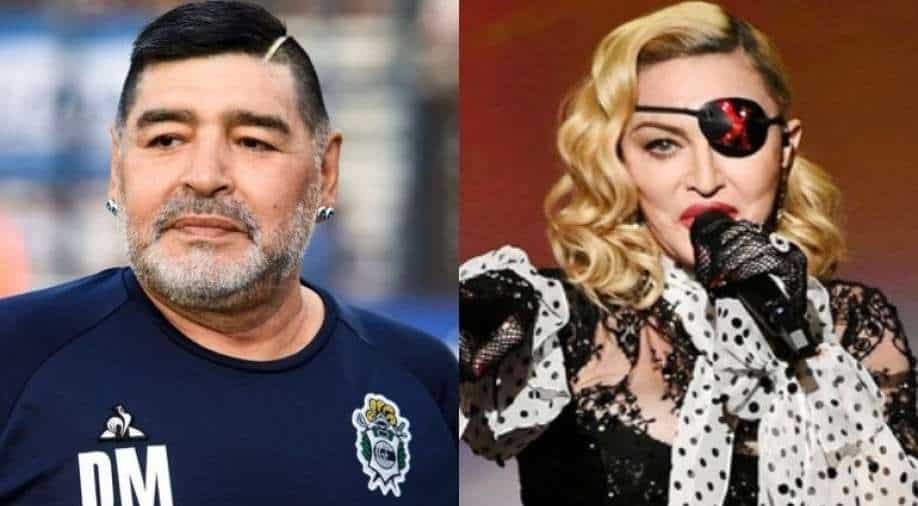 Soon after the news of Maradona's death broke on the internet, 'Queen Of Pop'  Madonna too started trending on Twitter thanks to some confused and ignorant fans.

Internet manages to surprise you on a daily basis. Argentinian football legend Diego Maradona died on Wednesday night after suffering from a heart attack. The footballer's death left the entire world in mourning.

As fans all over the world poured rich tributes for Maradona, the legend's name started trending. But along with Maradona, Queen Of Pop Madonna too started trending on Twitter thanks to some confused and ignorant fans.

Several fans mistook Maradona's name as Madonna and went ahead to pay rich tributes to the singer. Considering twitter was flooded with tribute messages for both the legends, the rumour around Madonna's death spread far and wide on Twitter.

RIP Madonna, you'll be forever in our hearts. Legend. pic.twitter.com/EnMrIUZhRs

You cant beat the Americans

🚨MADONNA DID NOT DIE, the former Argentine footballer Diego Armando #Maradona died, he suffered a cardiorespiratory arrest from which he could not be resuscitated despite the medical attention received, reported his agent Matías Morla. #KPM 🐆 pic.twitter.com/auAhwLVlpl

RIP Madonna, a true icon. Like a prayer will forever be a favourite.

Eventually a lot of the people realised the goof up that had happened and made jokes around it.

madonna logging into twitter to find out she has died pic.twitter.com/MDllPh4oHm

[🚨⚠️] BREAKING: At the age of 62 , American singer and "Queen of pop" Madonna has been found alive in her house enjoying life pic.twitter.com/GB64bJ2zmj

Maradona on the left has passed away, Madonna on the right still alive. clear? pic.twitter.com/Wc9a176g4V

The legendary footballer had been discharged from hospital on November 11 after undergoing a brain surgery. The iconic footballer was to continue treatment for his alcohol dependency and was expected to stay close to where his daughters stay. Maradona died on Wednesday after suffering a massive heart attack.

Also read: 'One day we'll kick a ball together': Pele pays his tribute to Maradona