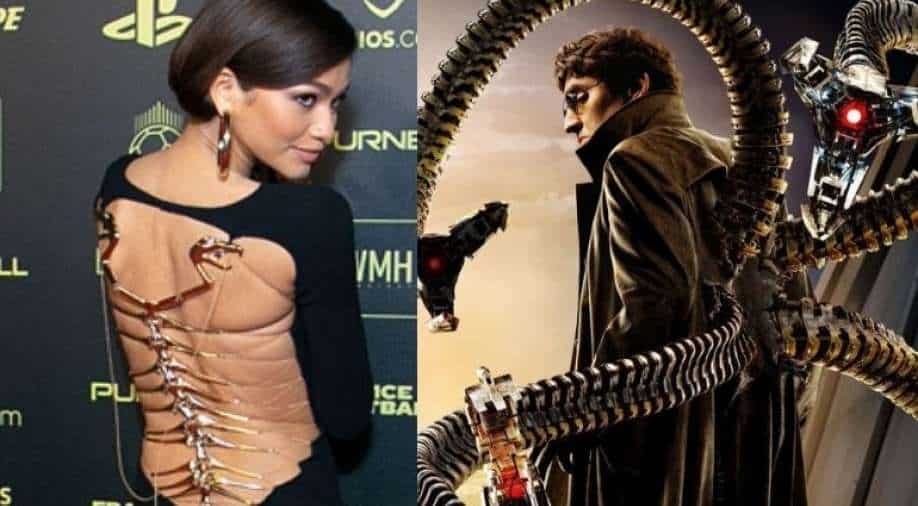 Jon Watts directorial will have a multiverse plot with Tom Holland getting together with villains of previous Spider-Man cinematic franchises.

Zendaya, who's not a stranger to jaw-dropping looks, gave another stunning number as she walked the red carpet in an event in Paris with her 'Spider-Man: No Way Home' co-star Tom Holland, earlier this week.

But it will be shocking to know, the dress, which has taken the internet by storm, was actually inspired by a Spider-Man villain. Yes, Zendaya has revealed the little secret by herself.

Many fans of Zendaya were quick to point out the Cavalli's vintage spine dress connection with the Spider-Man villain Doc Ock, who is returning to the Spider-Man film universe in the upcoming 'Spider-Man: No Way Home'.

Taking to her Instagram account, the actor shared a picture on the IG stories and wrote, “We love a reference.”

"We love a reference" - Zendaya on her #BallonDor outfit being compared to Doc Ock. #SpiderManNoWayHome pic.twitter.com/ocTCPrAHap