Dia Mirza, Bhumi Pednekar have something to say on World Environment Day 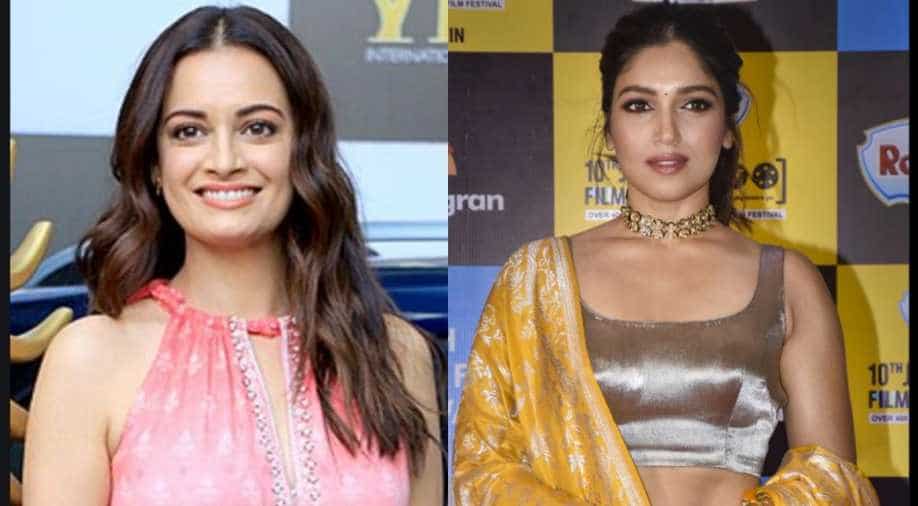 The two spoke about what drives them, how they use their platform for change, and why environmental activism is not just for the activists.

This week on #DownToEarthWithDee, the actors shared stories of activism and inspiration in their journeys towards a common goal.

As Mumbai battled Cyclone Nisarga, the dialogue for climate change and environmental conservation became even more relevant. Joining Dia was another actor Bhumi Pedneker. The two spoke about what drives them, how they use their platform for change, and why environmental activism is not just for the activists. For Dia, these virtual rendezvous sessions, conducted every Wednesday in the run-up to World Environment Day on June 5, 2020, were an attempt to reconnect with nature through conversations with individuals who have made their own unique contributions towards sustainability.

In a heartfelt introduction to her fellow artist and activist, Dia said, “What I love about Bhumi is not only her craft but her humanity and the choices she makes to build environmental awareness. Along with being a wonderful artist, she is a relentless Climate Warrior.”

At the onset, their conversation highlighted the beautiful coincidence of Bhumi’s name (which means earth) and what it has so naturally led her to do. The ‘Saand Ki Aankh’ actress admitted to drawing inspiration from Dia’s consistent efforts for environmental action over the years, referring to when the UN Environment Goodwill Ambassador had begun boycotting plastic bottles years ago.

“I’ve been brought up with a lot of compassion and just general awareness since I was very little,” Bhumi shared, adding that what she missed out on in Mumbai she enjoyed heartily in her grandparents' Jaipur farmhouse.

“My grandmother had hundreds of trees and everything was homegrown. I’ve spent a lot of time up close with nature. I realised how important it is to coexist with nature.”

She pointed out how a lot of environmental practices like composting and garbage segregation aren’t new concepts and in fact find their roots in Indian villages. Despite being a complete city girl, she credits her parents for talking about the changes the world needs to see.

Dia saw hope in the current situation of the global pandemic as it allows people to build back a life that can coexist with nature. “There are more people who understand how important it is to be conscious and aware of the balance of our ecosystems in the natural world. In the aftermath of the coronavirus, we really need to go back to basics and understand how fragile our relationship is with nature,” Dia said.

Dia and Bhumi engaged in an animated conversation about how altering their personal spaces has helped them influence change. “The problem is people think it’s very inconvenient,” but that didn’t stop the actor from training her home staff and professional team to take precautions. She even refuses to do rain scenes in her films in an attempt to save water.

Another step in this direction is Bhumi’s most recent initiative ‘One Wish for the Earth’ that aims at engaging youth across India to be more conscious of the climate and environment. She believes that while she has been doing her small bit for the environment very early on, now she has the power as an actor.

“People care about what I have to say, they listen to me, I have better connections with people that can influence young minds because by the end of it the youth is our future,” Bhumi said, echoing a belief Dia has had for years as she too engages in activities with children and youngsters who she believes are the future of the planet.

Lastly, the two artists addressed the very real threat of ‘eco-anxiety’ — “I don’t want to scare anyone, but the more I realise that the planet might not be inhabitable in the near future, I don’t see myself having a family!” Bhumi said, confessing that she often felt alone as people only saw her as an “activist”, something she believes everyone needs to become. But despite all this, she found that meeting others who care just as much helps her feel at ease.

Dia resonated with this thought, saying, “The moment we become part of the solution and connect with like-minded people, it gives us strength and eases the anxiety. We still feel it, but it helps when we can share it with each other.”