Delhi High Court on 'Batla House': Will stay release if it has propensity to affect ongoing trial 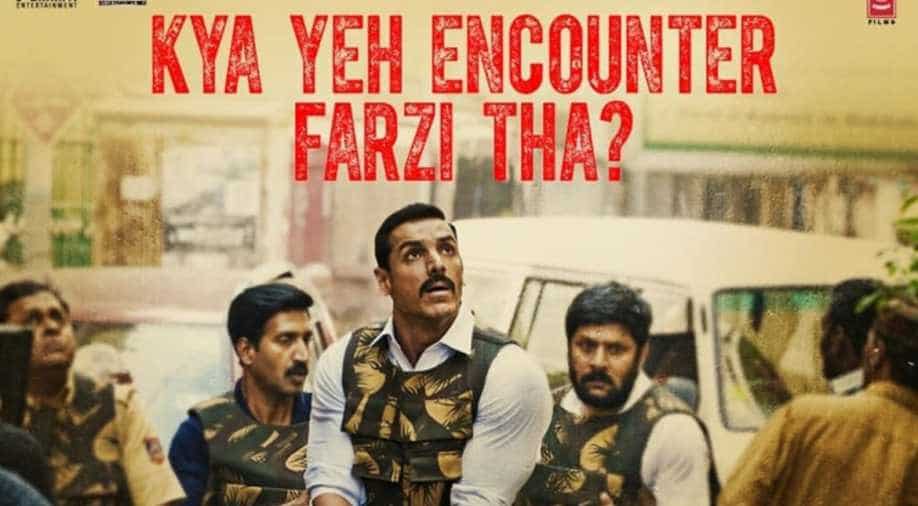 The matter would be heard next on August 13.

The Delhi High Court today said that it can stay the release of John Abraham starrer ‘Batla House’ if it found that it has the "propensity to affect" the ongoing trial against the accused in the encounter operation conducted in September 2008 in Batla House locality in Jamia Nagar, Delhi.

A petition was heard by a Single Judge Bench of Justice Vibhu Bakhru by the two accused persons, Ariz Khan and Shehzad Ahmed, seeking to postpone the release of the film until the trial against them is pending.

The petitioners saw the film earlier this week.

The petitioners submitted that although the courts discharge their duty in a fair and free manner and are not likely to be influenced by a movie but when a movie claims to be "inspired by true events", its release is likely to cause prejudice to the trial and appeal.

They claimed that not only is the movie based on the charge sheet filed in the case, it also rebuts the arguments and version put forth by the defence. Their plea states: "The prosecution version is being beamed at people... even if he (the petitioner) is acquitted, people will think that it's because they were powerful people."

Arguing that there is complete "destruction of presumption of innocence,'' the petitioners stated that the facts that are to be established in a trial are conclusively being shown in the film.

In response, the producer of the movie stated that although the film was based on the charge sheet submitted in the case, there was nothing in the film to suggest that it was the petitioners who were being shown as the accused/terrorists.

The Court pointed out that the name of one of the petitioners was on the poster of the film. They clarified that if the film is found to have the propensity to affect the trial, it will have to be stayed.

The matter would be heard next on August 13.