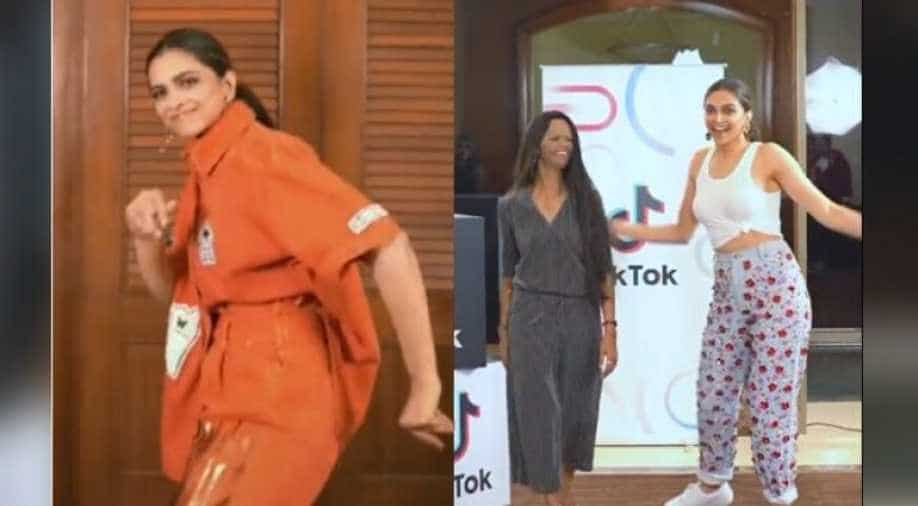 The movie will hit the theatres on January 10. The film has been directed by Meghna Gulzar and stars Vikrant Massey opposite Deepika.

'Chhapaak' actor Deepika Padukone on Saturday joined online video making platform TikTok and shared several clips along with Laxmi Aggarwal, who is the inspiration behind her role in the film.

Taking the world of social media with a storm, the actor announced her debut on the platform through her Instagram stories and the count of her followers reached the mark of 1.9 million.

The actor has posted six videos on the platform and out of the six, three featured campaigner Laxmi Aggarwal, who after braving an acid attack at an age of 15, started campaigning about the issue.

Padukone's upcoming film 'Chhapaak' is a biographical drama based on the life of Aggarwal. In other videos, the actor was seen dancing with other TikTok celebrities and was seen rapping in one.

The move by the actor can be seen as a promotional spree for the film 'Chhapaak', which will hit the theatres on January 10. The film has been directed by Meghna Gulzar and stars Vikrant Massey opposite Deepika.