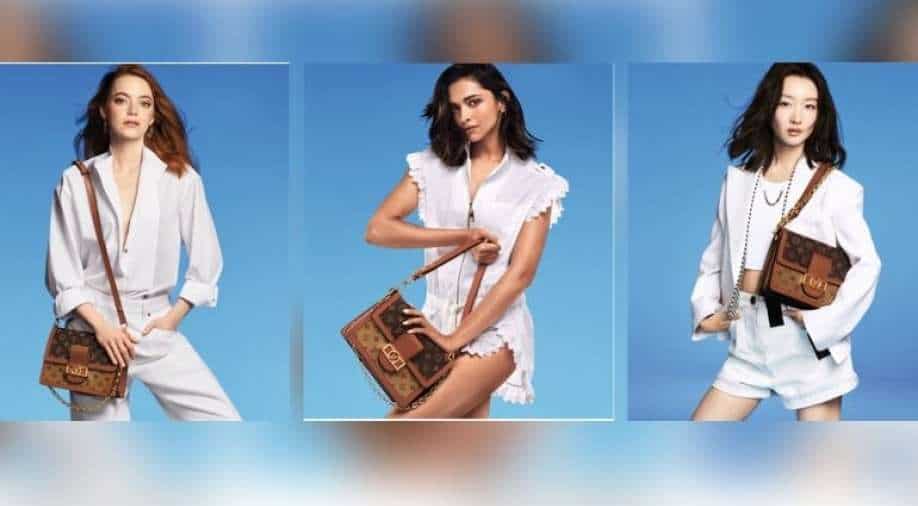 Deepika Padukone has earlier worked with the french brand in the year 2020.

Deepika Padukone is on a roll! After being appointed as a Cannes Jury at this year's festival, Padukone has yet achieved another new milestone.

For the new range, she will join stars like 'Cruella' actress Emma Stone, and Chinese actor Zhou Dongyu.

Before Deepika Padukone, these Indian stars were part of the Cannes jury, see pics Deepika shared a screengrab of the press release on her Instagram stories. In the picture, the 'Padmavat' actress showed off her curves in a white t-shirt dress as she poses with the bag.

''Following a strong collaborative relationship with the Maison, including an appearance in Nicolas Ghesquière’s novel-inspired Pre-Fall 2020 campaign, the award-winning actress begins an exciting new chapter of her journey with Louis Vuitton, '' press release reads.

For the unversed, Padukone has earlier worked with the french brand. In the year 2020, the 'Gehraiyaan' actress become the first Indian ever to work with the prestigious brand. Back then, she posed for a vintage book cover alongside GOT fame, Sophie Turner, among others.

Deepika recently appeared in the Vogue India magazine's May 2022 issue and posed with a variety of Louis Vuitton items. During the interview, the actress shared, ''When you’re 18 and have just started earning, you don’t even bother looking into a Louis Vuitton store when you walk past it because you know you’re never going to be able to afford it. There are some things that are aspirational and then there are some things that are just completely out of your orbit.''