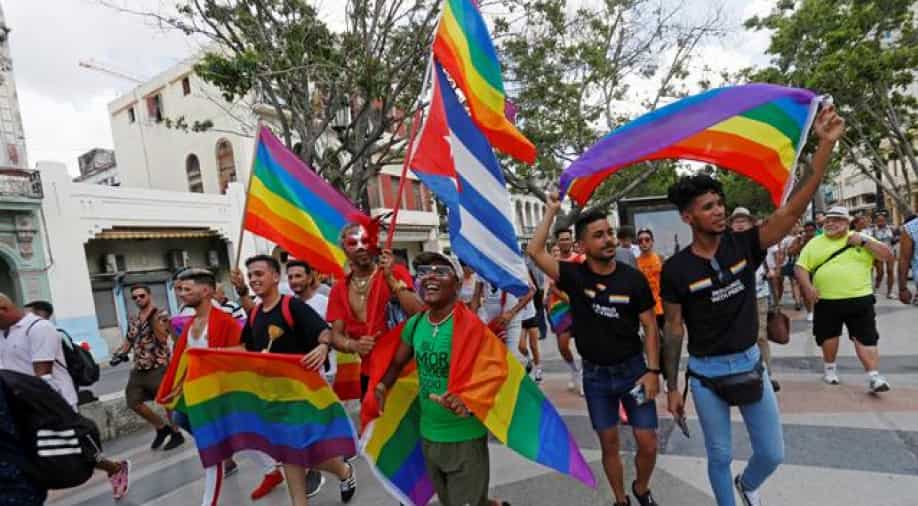 The United States has for decades financed often covert programs to promote democracy on the island and undermine the Communist government.

Cuban gay rights activists are planning to hold an unprecedented independent march against homophobia on Saturday despite several reporting they had received warnings not to attend and the Communist government saying it was an attempt at subversion.

Whether they manage to hold it could be a sign of Cubans` growing ability - or not - to mobilize for certain causes even in the face of resistance from the one-party state that has for decades tightly controlled public spaces.

CENESEX said in a statement that certain groups were planning to use the event to undermine the government, emboldened by the escalation of aggression by the Trump administration against Cuba and its leftist ally Venezuela.

The United States has for decades financed often covert programs to promote democracy on the island and undermine the Communist government.

Activists who say the conga is an important and rare space to advocate for lesbian, gay, bisexual and transgender (LGBT) rights quickly organized an alternative event and spread the word on social media.

CENESEX denounced this as a 'provocation' and several activists say they received threats either anonymously on social media or from state security in person not to attend it.

The expansion of the internet in Cuba over the past year has seen increasing numbers of Cubans mobilize online over certain issues, sometimes apparently managing to influence policy.

The government, for example, postponed the full implementation of a decree clamping down on the arts after an online campaign protesting the law and stepped back on regulations governing the private sector after entrepreneurs and experts complained.

So far, however, the government has retained tight control over physical public spaces, mostly restricting marches to expressions of support for the government, like the recent Labor Day parade.

The conga in Havana was an exception that became a regular occurrence and a reminder that the government, which once sent gays to work camps in the early days of Fidel Castro`s 1959 revolution, had made considerable advances in LGBT rights in recent years.

The country guarantees rights such as free sex-change operations and forbids discrimination on the basis of sexuality, in a region where some countries still have anti-sodomy laws.

Some LGBT activists feel like the cancellation of the conga was a sign those rights are being eroded, possibly because a recent public consultation over a new constitution revealed that there was more opposition to the community than previously thought.

Many Cubans expressed their opposition to a change in the draft constitution that would have explicitly opened the door to gay marriage.

Evangelical churches, which have become increasingly vocal and have growing followings, also ran unprecedented campaigns against the change, which was eventually watered down.