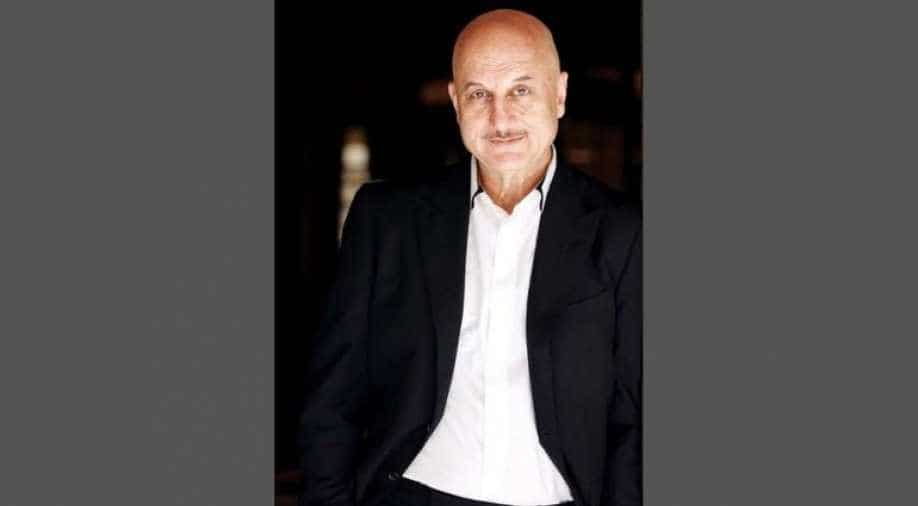 Anupam Kher adopted self-isolation as a precautionary measure to help check the spread of COVID-19.

Veteran actor Anupam Kher who returned from New York to Mumbai after four months on Friday, decided to keep himself in self-isolation as a precautionary measure amid the coronavirus pandemic.

The 65-year-old actor who is quite active on social media took to Instagram and shared the face-time video he had with his mother. He has decided not to meet her for a few days.

In normal circumstances when I return from abroad before coming to my house I go to my neighbour & best friend @anilskapoor ‘s house. But things are different nowadays. It is important to observe social distance. Hopefully he will come out to show me his face soon. 🤓😬😎 #SelfQuarantine

In the video, his mother is initially seen getting angry at him for not meeting her despite being in India, but later understands his stance.

Thank you dear @anilskapoor for coming to your house gate and singing our childhood time song to me. Very nice of you. I just know. This too shall pass. Till then. Jai Ho!! 😍😎 #SocialDistancing

"Mom facetime: As a precaution, I decided not to visit Mom after coming back from NY. So face-timed her instead. initially, she got angry but soon understood the importance of social distance. In this case mother-son distance. Both of us felt bad. Par kya kare? Aajkal ke mahol me yeh zaroori hai. But #DulariiRocks...Always," the caption read.

Earlier on Friday, the actor took to Instagram and updated about his journey to India.In the video, he gave a detailed view of the activities happening inside the Mumbai airport and lauded the authorities for their responsible acts with `strictness and cleanliness`.

"The kind of arrangements, the kind of strictness that is followed, whether you are a known person or not, is really amazing," he said."I`m relieved people are following rules," he added.

Self-isolation is adopted by many as a precautionary measure to help check the spread of COVID-19.