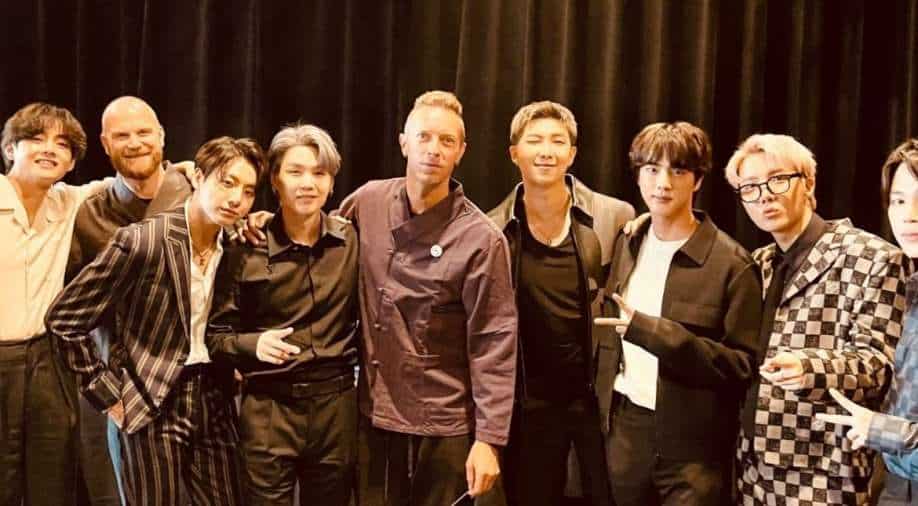 Coldplay and BTS collaborated on a song. Photograph:( Twitter )

From witnessing the K pop band's life in South Korea to their collaboration, Coldplay's Chris Martin spoke about what it was like to work with BTS, one of the most successful bands of this time.

Recently appearing on the talk show, Chris spoke about Coldplay’s collaboration with BTS for the song My Universe and how they looked like the Korean pop band’s “gym teachers”.

At the talk show, Chris Martin said, "We love them. For something that could have seemed so artificial, it turned out to be one of the most real feelings. We genuinely love those people."

Martin also discussed hanging out with BTS in South Korea and quipped that it was "cool to see how their life is."

He added, "They are a very different kind of band to us. It's much more disciplined in a certain way."

They also addressed rumours of Coldplay calling it a day and retiring. As rumours surfaced that they won’t make more music post 2025 but will only tour, he said, "I think we’ll keep touring and we’ll always be together as a group of musicians and friends, but I think the story of our albums ends then. Like Harry Potter finishes at a certain point."