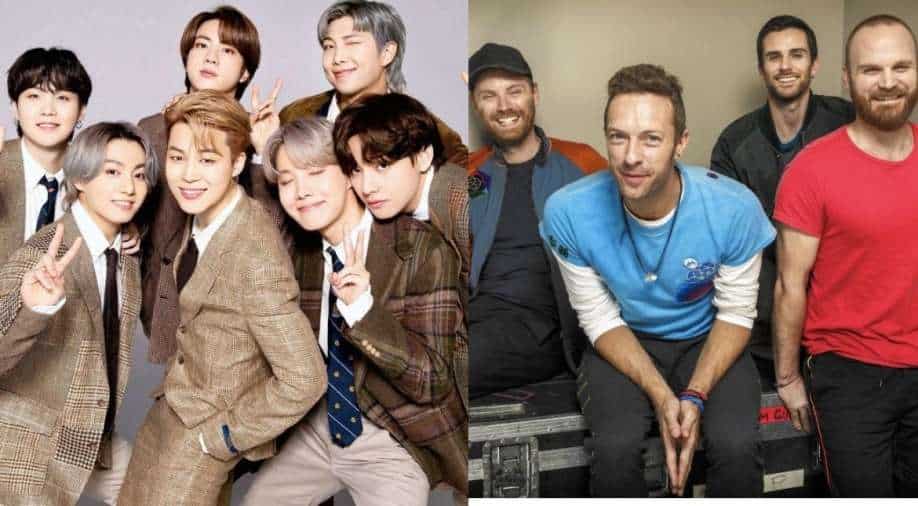 Sung in English and Korean, the new track has both BTS and Coldplay singing about the endless possibilities of love, utilizing cosmic analogies and an out-of-this-world synth-like sound.

After sharing the audio track of their single 'My Universe' - popular bands Coldplay and BTS unveiled the music video of the song on Thursday.

The song's video is set in the distant galaxy of The Spheres where music is forbidden, but BTS, Coldplay and an alien supergroup called Supernova 7 unite via hologram to defy the ban.

Sung in English and Korean, the new track has both bands singing about the endless possibilities of love, utilizing cosmic analogies and an out-of-this-world synth-like sound.

"There's a paradise they couldn`t capture, that bright infinity inside your eyes. You are my universe, and I just want to put you first," sings Coldplay`s lead singer, Chris Martin.

The video has been directed by Dave Meyers, who earlier also helmed Coldplay`s `Higher Power` video.

The song is part of Coldplay`s forthcoming album 'Music of the Spheres', which is scheduled for release on October 15. It will be Coldplay`s ninth studio album and reportedly contains 12 tracks.

This single's release marks the band's third for the album, Coldplay had released the album`s first single 'Higher Power' in May, followed by the release of 'Coloratura' in July.

Since its release, 'My Universe'  has already been streamed more than 100 million times, marking yet another successful western collaboration for BTS.

Some of their most popular collaborations to date include pop stars such as Halsey, Ed Sheeran, Megan Thee Stallion, Steve Aoki, Charli XCX and more.