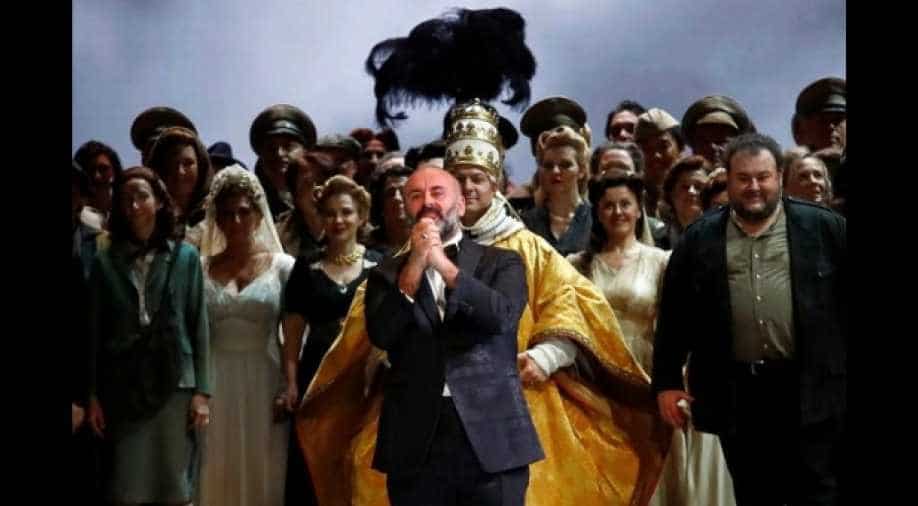 It was the first time Mattarella, who took office in February 2015, had attended the prestigious first night of shows at the Milan opera house that has become a tradition for the country`s high society.

An opera based on the 5th century conquest of Italy drew wild applause on the opening night of La Scala`s 2018-19 season on Friday - not least for President Sergio Mattarella.

It was the first time Mattarella, who took office in February 2015, had attended the prestigious first night of shows at the Milan opera house that has become a tradition for the country`s high society.

Mattarella, seen by some in the business community as an advocate of dialogue with Brussels when the anti-establishment government is locked in a dispute with the European Union over its 2019 budget, received a standing ovation as he arrived.

But the biggest plaudits were reserved for principal conductor Riccardo Chailly and Russian bass Ildar Abdrazakov, the main character in Giuseppe Verdi`s 'Attila', who were given a 14-minute ovation with the cast at the end of the performance.

Spanish soprano Saioa Hernandez made her debut at La Scala with the portrayal of Odabella, who vows to avenge her father`s death at the hands of Attila.

Based on the play 'Attila, King of the Huns' by German dramatist Zacharias Werner, the opera revolves around the hated Huns` conquest of Italy.

Director Davide Livermore set 'Attila' in a grey landscape, a 'dystopian' version of the 1900s without reference to the play`s 5th-century framework to make it more relevant to today.

The staging of a scene that was meant to include a falling bridge was changed after the collapse of a motorway bridge in Genoa in August that killed 43 people.

The opera debuted in Venice in March 1846 and is part of a trilogy of La Scala premieres - including 'Giovanna d`Arco' (Joan of Arc) in 2015 and 'Macbeth' that will be performed probably in 2020 -- that Chailly decided to dedicate to Verdi`s earlier works.

"I loved this `Attila`, I appreciated the singers, the scenes ... everything," said James Bradburne, the director of Milan`s Brera art museum.

'Attila' will be performed at La Scala until Jan. 8.