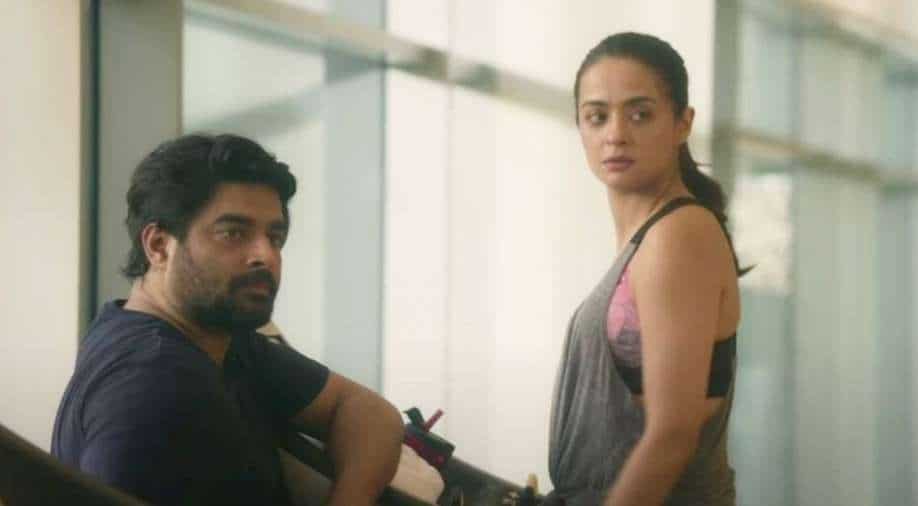 The series stars R Madhavan in the lead with Surveen Chawla.

Netflix released the trailer for their upcoming series ‘Decoupled’.

The series stars R Madhavan in the lead with Surveen Chawla. It is a romantic comedy that will release on December 17.

In the series, the two will play a married couple who have clearly fallen out of love. They can't see eye-to-eye but have decided to stay together for the sake of their young daughter. However, the two still try to find ways to make their situation less insufferable, toying with ideas of an open marriage even, but with little success. It doesn't help that they have also grown rather cynical about love and marriage after spending so many years together.

Also read: 'Megxit' is a misogynistic term created by a troll: Prince Harry

The show is created by Manu Joseph, who says, “Decoupled is about a guy who can see in any situation what others are trained to ignore. Naturally, it gets him into trouble wherever he goes, and this sort of objectivity is not healthy for a man in a marriage. One of our goals was to keep it all real. The thing about comedy is that if it is not real it is not funny; and what is difficult about comedy is that every component in a scene has to fire for it to work. It was amazing to watch Madhavan throw away his good-boy image for the lead role and reach deep into his delinquent side. Surveen Chawla, playing his long-suffering wife had a particularly challenging role because it is extremely hard to play a normal sane person. And I’m grateful to the director, Hardik Mehta, who taught me that men with great hairstyles can still be very grounded and hardworking. I hope you enjoy the trailer."

Also read: Cost of Priyanka Chopra’s abaya dress for Dubai event will burn a hole in your pocket

The official synopsis for Decoupled reads: ‘A misanthropic writer and his startup-founder wife juggle their impending divorce with the absurdities and annoyances of life in their affluent world.’

More 'power' to Britney Spears! Judge allows her to sign own paperwork, finances