'Megxit' is a misogynistic term created by a troll: Prince Harry 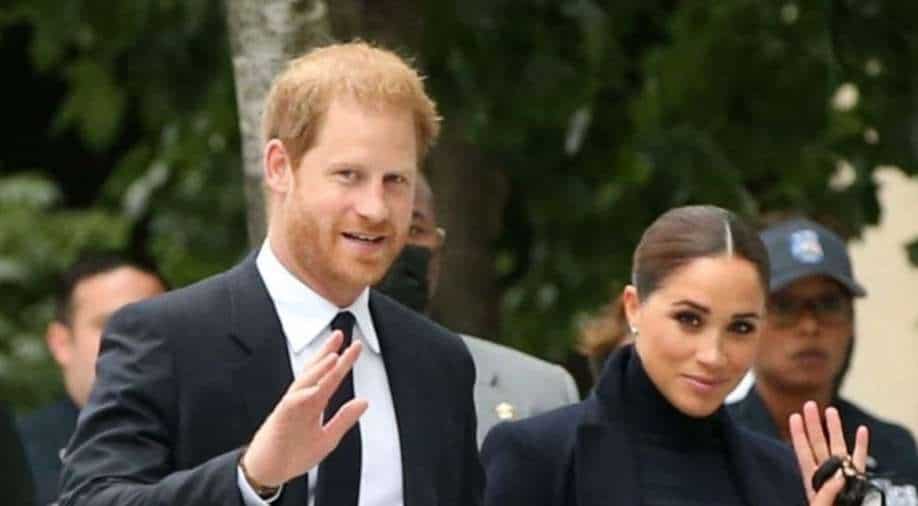 Prince Harry has spoken out against misinformation in the media and called out those who termed his and wife Meghan Markle's exit from the royal family as 'Megxit'.

Prince Harry has spoken out against misinformation in the media and called out those who termed his and wife Meghan Markle's exit from the royal family as 'Megxit'.

"Misinformation is a global humanitarian crisis," said Harry. The Prince and his wife Meghan Markle quit royal duties in January 2020 and moved to the US. Their leaving the UK was widely termed as 'Megxit'.

"The term 'Megxit' was or is a misogynistic term that was created by a troll, amplified by world correspondents, and it grew and grew and grew onto mainstream media. But it began with a troll," he said.

Harry also spoke about his personal history with the media and misinformation." I felt it personally over the years, and I'm now watching it happen globally affecting everyone, not just America, literally everyone around the world," he said. "I learned from a very early age that the incentives of publishing are not necessarily aligned with the incentives of the truth."

His remarks came the same day his wife Meghan Markle said tabloids should come with a 'warning lable like cigarettes'.

Prince Harry should break deal with Netflix over portrayal of mother on show, feel royal experts

"I know the story all too well. I lost my mother to this self-manufactured rabidness, and obviously, I'm determined not to lose the mother to my children to the same thing," said Harry who shares two kids with Markle.

Since moving to the US, Harry and Meghan have cofounded the Archewell Foundation and spoken out in support of representation, sensitivity and inclusion in the media as well as expressing condemnation for the tabloid press for 'ruthless' treatment against them.

"People now more than ever want and need truth," said Harry on Tuesday.

Prince Harry is a 'hypocrite', say netizens after he flies in private jet