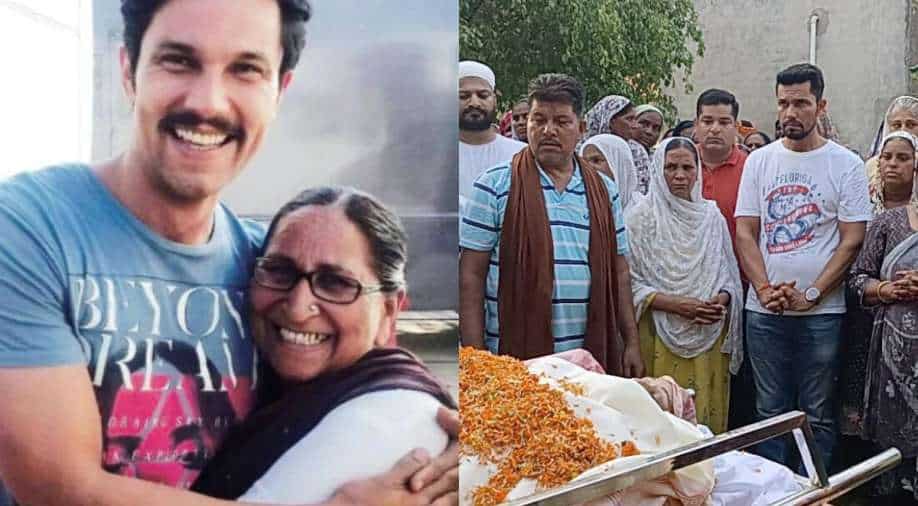 Bollywood actor Randeep Hooda, who played the role of Sarabjit Singh in his biopic, had promised Singh's sister Dalbir Kaur that he would perform her last rites.

Bollywood actor Randeep Hooda was deeply saddened upon hearing of the untimely demise of Sarabjit Singh's sister Dalbir Kaur. As he got the sad news, he immediately rushed to Punjab from Mumbai to perform her last rites. He had promised Kaur that he would be the one to light her funeral pyre because she considered him as close as her real brother Sarabjit.

Randeep and Dalbir Kaur formed a strong bond during the shooting of the 2016 film 'Sarbjit'. In the movie, the actor played the role of Dalbir Kaur's brother Sarabjit Singh, who was strayed into Pakistan in 1990 in a drunk condition and was kept behind the bars for 23 years with many serious allegations against him. He died on May 2, 2013, in a Pakistan jail following a brutal attack by one of the inmates.

During the film's shoot, Kaur had told Randeep that she sees Sarabjit in him and she requested him to give her `kandha` (offer his shoulder before taking the body to the cremation) when she dies.

Dalbir Kaur passed away due to a heart attack in Bhikhiwind near Amritsar, Punjab, on Sunday.

Randeep penned an emotional note on his Instagram handle for her. "Ghar zarur aana (do come home) was the last thing she said. I went, only she had left. Not in the wildest dream could one imagine that Dalbir Kaur ji would leave us so soon. A fighter, child like, sharp and devoted to all that she touched. She fought a system, a country, it`s people and her own to try save her beloved brother Sarbjit," he wrote.

"I was so fortunate to have her love and blessings and never to be missed Rakhi in this lifetime. Ironically the last time we met was when I was shooting in the fields of Punjab where we had created an Indo-Pak border. It was a chilly and foggy late November night but she didn`t care about all that. She was happy we were on the same side of the border," penned the actor.

"I do feel truly blessed indeed. There just wasn`t enough time Dalbir ji. I love you, I miss you and I shall always cherish your love and blessings," Randeep concluded.

'Sarbjit' was directed by Omung Kumar and Aishwarya Rai played the role of Dalbir Kaur in the film.