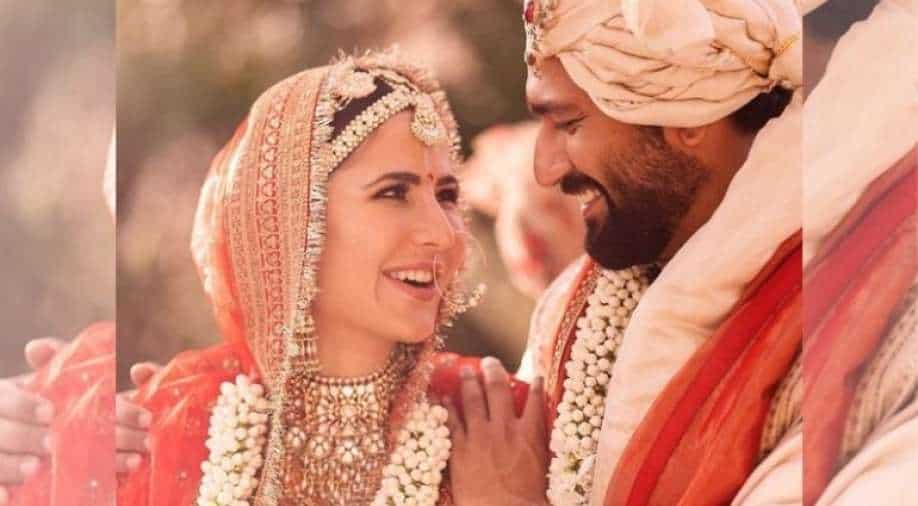 Katrina Kaif had one, and only one, pre-condition before agreeing to Vicky Kaushal’s marriage proposal.

Now that the confetti has settled down over the wedding ceremonies, it can be revealed that Katrina Kaif had one, and only one, pre-condition before agreeing to Vicky Kaushal’s marriage proposal.

“It was all so sudden… their meeting,  courtship, romance, marriage. Vicky Kaushal decided with two months of their relationship that she(Katrina) was the woman he wanted to spend his life with. Katrina was less sure. She was still hurting from the wounds of her break-up(with  Ranbir  Kapoor). She liked  Vicky. But she needed time,”  reveals a friend of Katrina. Bride Katrina Kaif walked towards Vicky Kaushal under a blanket of flowers; check out latest wedding pic

“He pursued her until she said yes to marriage. But she put forward one precondition. He had to give her family, her mother and siblings, the same love and respect he gives her,” reveals the friend.

It makes Katrina the happiest to see Vicky get along like a house on fire with her siblings.

“Before the wedding, they hadn’t even met Vicky Kaushal. Now, it’s like they’ve known him all their life,” says the friend.