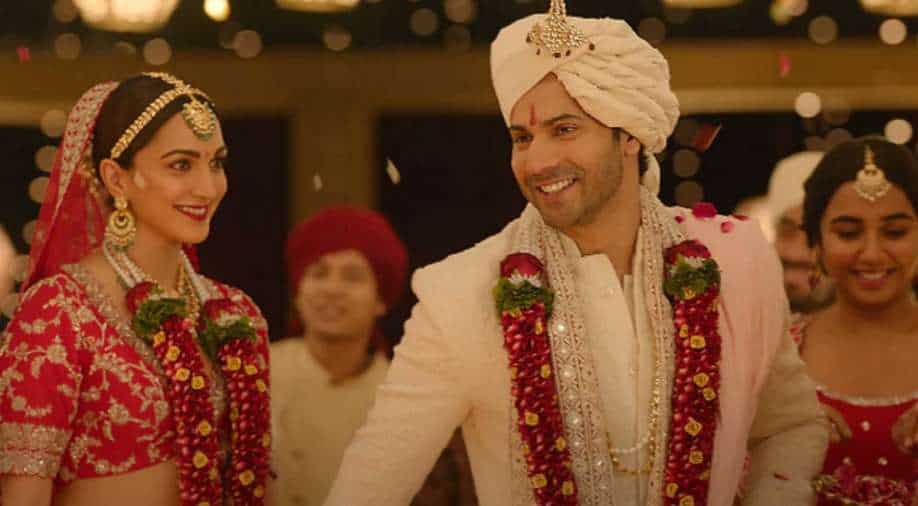 With 'Jugjuug Jeeyo', Bollywood brings back family entertainers to the big screen which has a relevant story and steers away from being too preachy. It helps that the film has top performances from its entire cast which includes Varun Dhawan, Anil Kapoor, Neetu Kapoor, Kiara Advani, Manish Paul and Prajakta Koli.

There was a time when Bollywood churned out family dramas by the dozen. In the early 2000s, Karan Johar heralded this genre with 'Kabhi Khushi Kabhi Gham' and its success led to others replicating it. Two decades later Johar backs yet another family dramedy but changes the narrative to a great extent to make it relevant to modern times. Raj Mehta's 'JugJugg Jeeyo' works in all quarters and brings back the quintessential family entertainers to Bollywood.

Kukoo (Varun Dhawan) is married to his childhood sweetheart Naina (Kiara Advani) and settled in Canada. Five years into the marriage, the spark between the two has faded owing to their work and very different goals in life. They decide to file for divorce but only after Kukoo's sister Ginny's (Prajakta Koli) wedding. As they head home thinking of pretending to be the perfect couple, they have no inkling that Kukoo's father Bheem(Anil Kapoor) is all set to leave his wife of 35 years, Geeta (Neetu Kapoor) for another woman. Kukoo not only has to break the news of his broken marriage to his parents but also save his parent's marriage from falling apart.

Marriage and infidelity are topics that have been dealt with in far too many films in Bollywood but what makes 'Jugjugg Jeeyo' effective is the way it's treated in the film. Complete with situational comedy, it looks at marriage in a manner that seems refreshing for Bollywood. Gone are the days when Hindi cinema used to depict the wife as someone who is sacrificial, forgiving and following her husband's footsteps all the time.

Written by Anurag Singh, the film's women are shown to have more character and gravitas than the men. While the men philander, resort to buffoonery at every step, it is the women who hold the fort literally at this Saini household. From Neetu Singh's character as the no-nonsense matriarch who holds the family together but knows when to stand up for herself to Kiara's Naina who is an ambitious individual and not apologetic about the fact that she earns more than her husband.

Even Ginny's (Prajakta Koli) character has more maturity as someone who takes decisions which are more practical than emotional.

The men in Raj Mehta's films have always been silly. Be it the reluctant dads of 'Good News' or the husbands in 'Jugjugg Jeeyo.' Anil Kapoor is brilliant as the selfish, self-centred patriarch who is in for the fun and never wants to own up to his mistakes. Kapoor and Dhawan share amazing chemistry as father-son and their scenes together flow effortlessly. It helps that the film has good writing which is enabled by good performances on screen.

Dhawan plays the role of the confused Kuku with absolute perfection and never goes overboard with his emotional scenes or the comic scenes. He also shares good chemistry with Kiara who delivers a very confident performance as Naina.

It's always a delight to watch Neetu Kapoor on screen and this film is no different. She brings calmness to the chaos and delivers a very restrained performance.

Manish Paul brings in the laughs and gets the best lines thanks to dialogue writer Rishhabh Sharrma. The joke land at the right time and is genuinely funny. Known for his gift of the gab, Paul plays his character with such ease that it feels like an extension of himself.

Amid all the fun and naach-gaana, the scenes that really stand out are the ones which take a very practical stand on the marriages and why they fall apart. A confrontation scene between Dhawan and Advani is well executed with both the actors playing their roles accurately. Then a moment between Neetu Kapoor and Advani's character has the two talking about responsibilities that women have to take up in marriages. Relationships are tricky, but the film steers away from being preachy. Instead, it uses strong characters and comedy to drive home a point.

With songs too many, the film has 150 mins runtime but flows like a breeze. In the end, 'Jugjugg Jeeyo' wins for its spot-on comedy, great performances and very relatable and modern take on relationships. Perfect ingredients to make for a blockbuster family entertainer, right? Right!