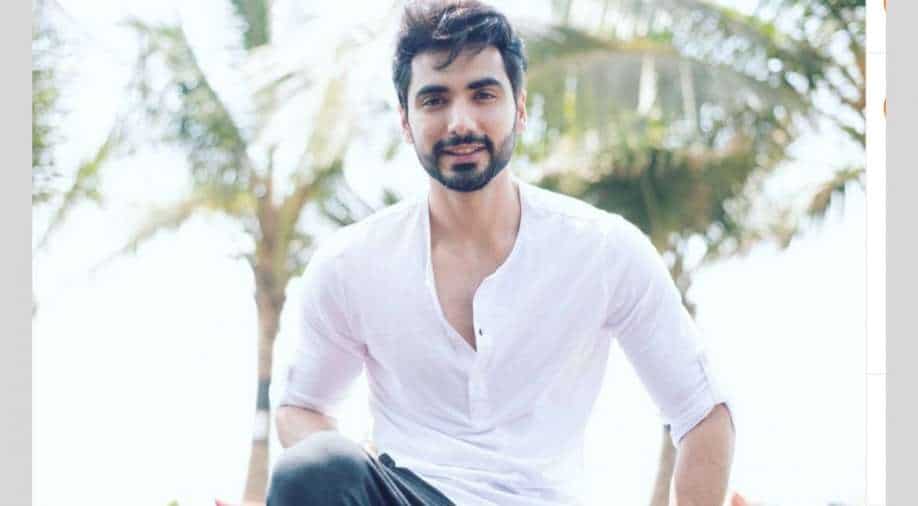 Starring in recently released ‘Unpaused’, ‘Paatal Lok’ actor Ishwak Singh opened up about working with director Nikkhil Advani and the experience of filming during COVID-19.

Not all was gloomy this year even as mankind continues to fight and survive the coronavirus pandemic that brought many worldly functions to halt. ‘Unpaused’ is just that and more. Amazon Prime Video’s latest addition for binge-watch is an amalgamation of stories that sprout out of the pandemic but is essentially a tale of resilience, survival and most importantly hope.

In conversation with Ishwak Singh who stars in one of the stories out of five films that are sewed together for the benefit of the audience, he tells WION about his collaboration with Nikkhil Advani in ‘Apartment’ post lockdown and what inspires him the most as an actor.

Nikkhil Advani’s ‘Apartment’ features Sumeet Vyas, Richa Chadha and Ishwak Singh. The plot focuses on the fall and ultimate rise of Richa Chadha’s character as she comes to terms with her husband’s indiscretions with the help of a friendly neighbour.

Shot during the pandemic, Ishwak on his experience said, “Honestly, during the pandemic, doing anything normal also makes me a little anxious. Before starting the shoot, it did strike me as a strange time to be doing this but it’s also true that nothing excites me more than acting. So, the offer was like a blessing in reality.”

Ishwak signed on the film because of its “script”. “It made me happy as it talks of a new beginning. The script has helped me personally. It was cathartic,” reveals the actor who was last seen in hit web show ‘Paatal Lok’ alongside Jaideep Ahlawat as a police officer.

On his role, Ishwak said, “When I think of the character, it reminds me of moments where I was given hope, when I got strength from someone around me. Sometimes I was on the other side of the fence. My character is also about finding hope from within. Humans have an amazing foundation on which we can hold ourselves well enough to tackle anything. This is where it was going. It sent me down the memory lane.”

‘Apartment’ is helmed by Nikkhil Advani and Ishwak admitted he had a great time working with him. “He’s one of my favourite directors. I always look up to him as director. When I started acting, some of his movies really inspired me as a kid. That's the kind of reverence I have for him. Although he’s formidable big name, he just let me be which is the biggest blessing that an actor can have. He let me open up in front of the screen. He made it happen organically.”

Also read: Abhishek Banerjee: Apart from the pandemic, it's been the best year of my life

“Craft always teaches you. Going on the set with solid actors, it was like symphony, harmonious. There was a a lot of give and take in the process and was extremely enjoyable,” said the actor on his bond with fellow cast members.

For Ishwak Singh, 2020 was a “pretty solid” year. While a life-changing event like pandemic hit us, the actor mentions that “another life changing event like Paatal Lok” came his way. “It gives me immense happiness to sum up 2020. I love this platform and I am really looking forward for my film’s response.”

For 2021, Ishwak hopes “I keep getting the kind of stuff that I am -- good scripts and I set out on a different journey where I get to learn new things and work with fantastic actors. Good writing inspires me and I would love try different mediums.”