Is Shah Rukh Khan in 'Brahmastra' trailer? Fans seem to have spotted the superstar 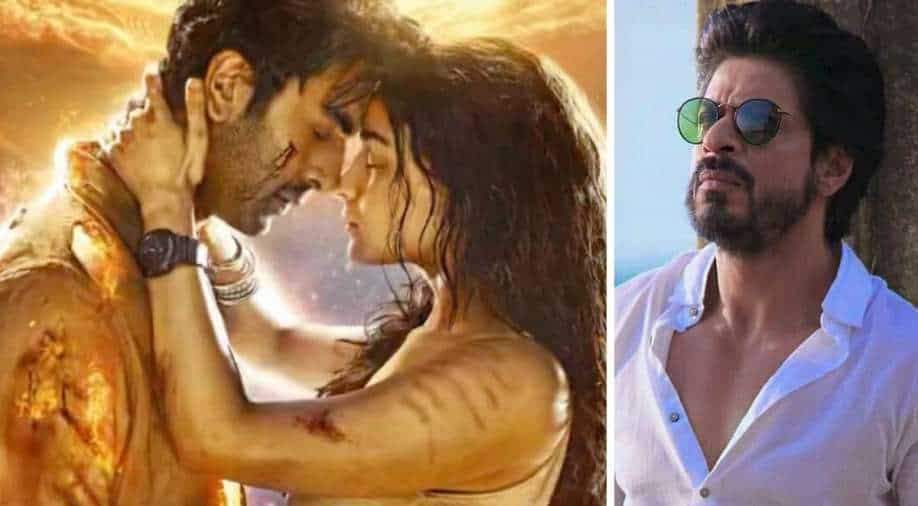 Poster of 'Brahmastra' and a file image of Shah Rukh Khan Photograph:( Twitter )

While it is now known that SRK is going to be part of the highly ambitious film in a cameo appearance, it isn't clear yet in what capacity

Does Shah Rukh Khan feature in the trailer of 'Brahmastra'? Moments after the highly anticipated trailer was unveiled on Wednesday, eagle-eyed fans spotted King Khan in the trailer and shared screengrabs of the portion where they felt it was SRK.

While it is now known that SRK is going to be part of the highly ambitious film in a cameo appearance, it isn't clear yet in what capacity. Neither have the makers- Ayan Mukerji or Karan Johar confirmed the actor's inclusion in the cast.

Fans on Twitter though shared stills from the trailer, convinced that it was Shah Rukh. 'Brahmastra' trailer out! Ranbir Kapoor plays a superhero in this neo mythological saga

"Glimpse of Megastar #ShahRukhKhan in #BrahmastraTrailer,"  said a fan on Twitter. Another person tweeted, "SRK as Vayu, father of Hanuman."

Another one wrote, "He is #ShahRukhKhan for sure," while one tweet read, "#SRK is here with Hanuman-Astra #Astraverse #Brahmastra."

He is #ShahRukhKhan for sure.. ❤️😍 pic.twitter.com/5AzQrE9LhK

So This Is Shah Rukh Khan in #Brahmastra 😍
As So Many People Saying..

'Brahmastra' has been in the making for a long time and was delayed due to post-production work and the pandemic. It is on the sets of this film that Ranbir and Alia fell in love and got married earlier this year. 'Brahmastra' will be releasing in Hindi, Tamil, Telugu, Malyalam and Kannda on September 9.