Alia Bhatt gives a glimpse inside the world of 'Brahmastra' 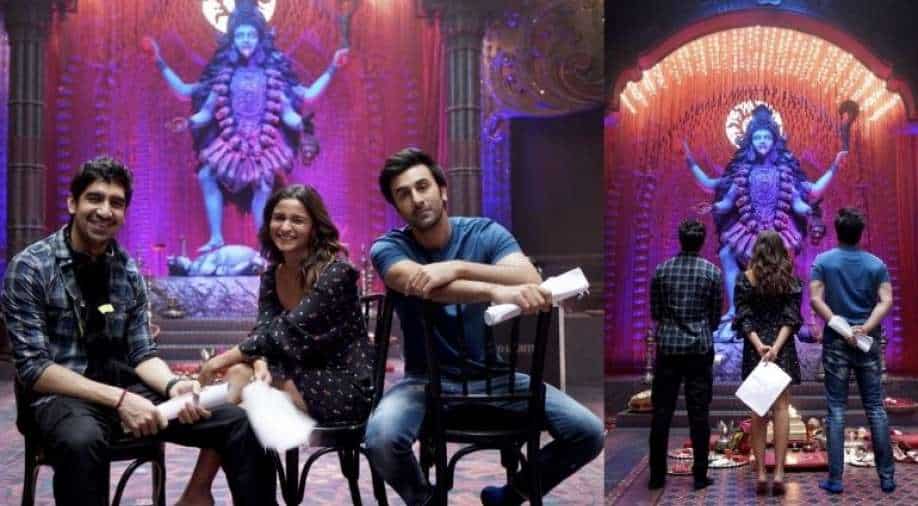 Alia Bhatt shared glimpses of her upcoming film 'Brahmastra' on Thursday. The film has been in the making for a long time, and fans have been asking the actress for some time to share the first look from the film which is scheduled to release later this year.

Alia took to Instagram to share not one but two behind-the-scene stills from the film. The pictures have Alia, Ranbir Kapoor and director Ayan Mukerji standing in what seems to be one of the sets of the film. A statue of Goddess Kali looms large behind them. "it’s a blessing to be on this journey.. & these magical boys just make everything," reads the caption of the images.

While details of the magnum opus is under wraps, the shoot of the eagerly anticipated film will wrap up soon. 'Brahmastra' will release theatrically across 5 Indian languages – Hindi, Tamil, Telugu, Malayalam and Kannada.

The film also stars Amitabh Bachchan, Nagarjuna Akkineni and Mouni Roy and has been produced by Karan Johar.