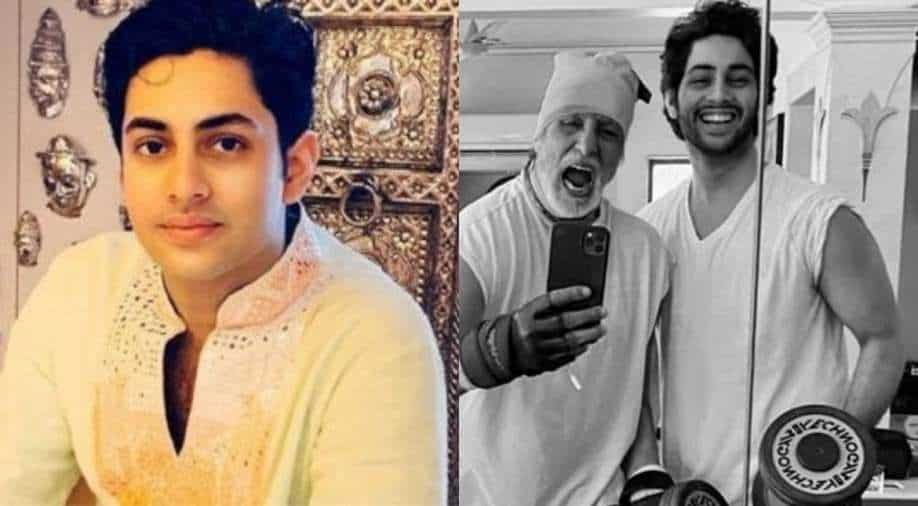 Agastya Nanda, son of Amitabh and Jaya Bachchan’s daughter Shweta and industrialist Nikhil Nanda, is being fully tutored into the art of facing the camera.

After Amitabh and Jaya Bachchan, Abhishek and Aishwarya, the third generation of actors from the Bachchan clan are beginning their ascent into stardom. Having been signed on by Zoya Akhtar to play the male lead in her indigenous adaptation of the Archie comics universe opposite Sridevi’s younger daughter Khushi Kapoor and Shah Rukh Khan’s daughter Suhana Kapoor, Agastya Nanda, son of Amitabh and Jaya Bachchan’s daughter Shweta and industrialist Nikhil Nanda, is being fully tutored into the art of facing the camera.

Luckily Agastya is a fast learner.

Says a  source close to the  Bachchan family,  “Neither of Agastya‘s parents are actors. So he is leaning on his grandparents and his Maamu(Uncle) Abhishek Bachchan for guidance.  Agastya has always been a big fan of his grandfather and of the Archie comics. So he has the advantage of being a part of the cinematic universe that he will soon occupy officially, even before facing the camera.”

One hears Agastya is already getting several offers from the biggest banners. But he wants to wait until Zoya’s film crystalizes before thinking of another project.

Zoya Akhtar's Archies adaptation is not the only film designed to carry forward Bollywood's distinguished dynastic tradition. From what one hears Saif Ali Khan and Amrita Singh’s second-born Ibrahim(eldest born Sara is already an actor) is all set for his screen debut which is likely to happen in 2022(pandemic permitting).

Apparently, Saif wants Ibrahim to continue with his studies. But Ibrahim is keen to get into his parents’ and sisters’ profession. This is why we now see the otherwise-shy Ibrahim at so many film parties and why he is suddenly so active on social media. One hears of Karan Johar being especially keen to launch Ibrahim’s career. But father Saif would rather have his son find his own way into the movies.

In an interview with me some time ago, Saif had spoken about Ibrahim, “Yes, he seems prepared.  But I think he should wait a little longer. He’s looking good. And he’s a very gentle soul. He’s secure in his space and has a sense of humour.”

Ibrahim’s sister while speaking to me on her brother’s career plan had once said, “He does plan to be an actor. But as I’ve discovered, it’s an easy dream to have but a very difficult dream to achieve. But I feel Ibrahim has the talent. Once he enacted a monologue for my mother and me. I was holding the sheet of paper on which his lines were written. I  couldn’t look at the sheet, I was busy looking at his eyes. They were so  emotive.”

Both Govinda’s daughter Tina and   Suniel Shetty’s daughter Athiya have unsuccessfully launched as actors some years ago. Sometimes one can gag on one’s golden spoon.

Interestingly, Akshay Kumar’s son Aarav has no interest in acting. He wants to be a chef. Aamir Khan’s daughter Ira and son Junaid are interested in filmmaking rather than acting. Shah Rukh’s son Aryan too wants to be a film director. The boy has made a short film. Those close to Shah  Rukh who have seen it feel Aryan has potential. But for now, Shah Rukh has decided to keep his son away from the entertainment industry.

Shah Rukh Khan feels star kids are too envied to be deemed enviable. And he may be right.