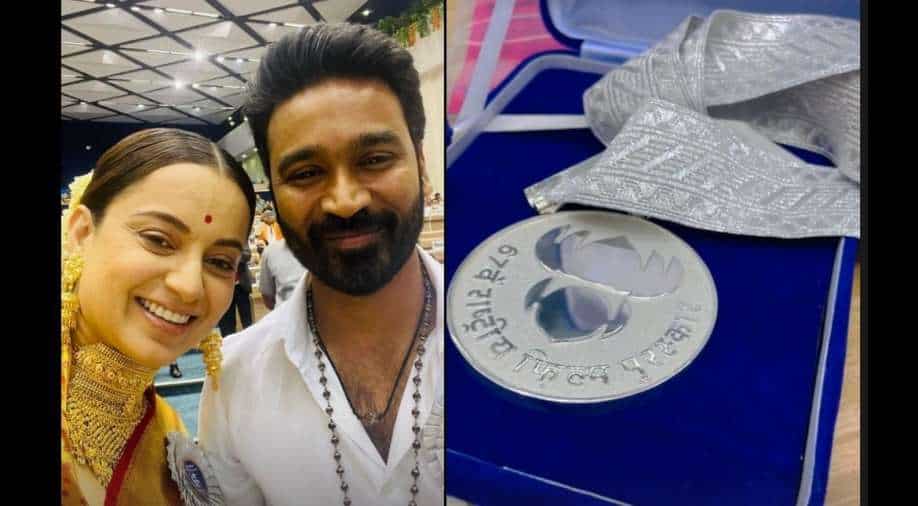 The 67th National Film Awards ceremony finally took place today in New Delhi as top acting honours were awarded after the ceremony was pushed back due to the pandemic.

The awards were presented by Vice President M Venkaiah Naidu to celebrities like Rajinikanth, Kangana Ranaut, Dhanush, Manoj Bajpyee and others for their acting/ directing and film awards.

While Kangana Ranaut received her National Award for best actress for her roles in two films ‘Manikarnika’ and ‘Panga’, Manoj Bajpayee and Dhanush picked up best actor National Awards for their roles in ‘Bhonsle’ and ‘Asuran’ -- Hindi and Tamil films. Asuran was also awarded best Tamil film.

Taking the award, Kangana Ranaut shared a pic with Dhanush. She also shared images of her certificate and medal. 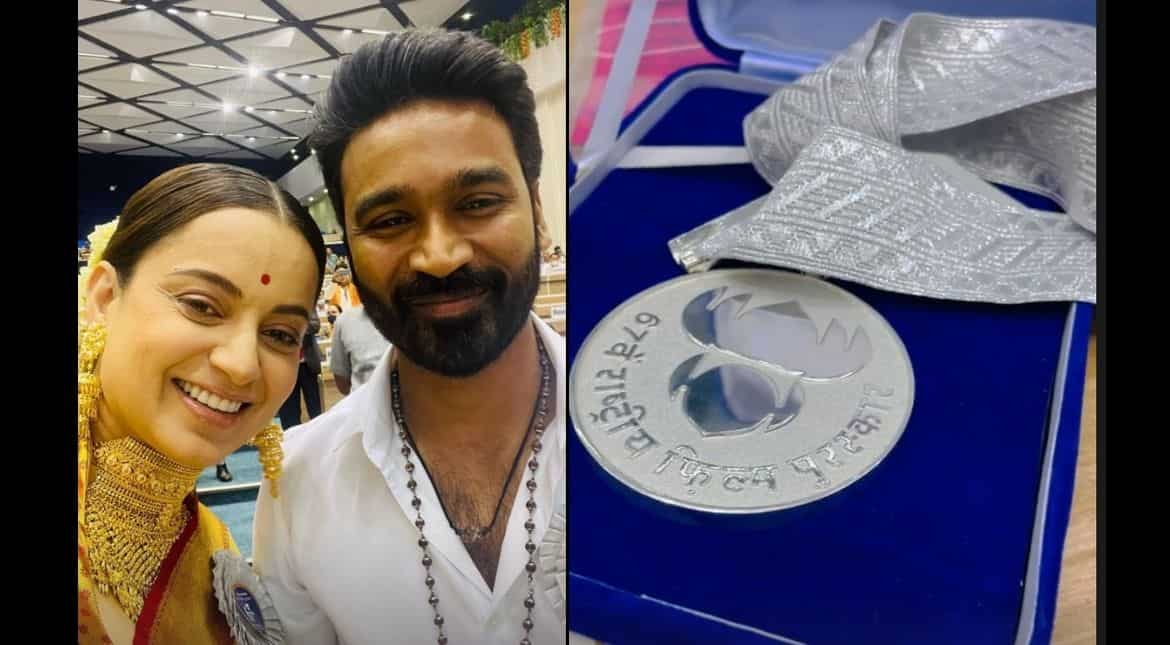 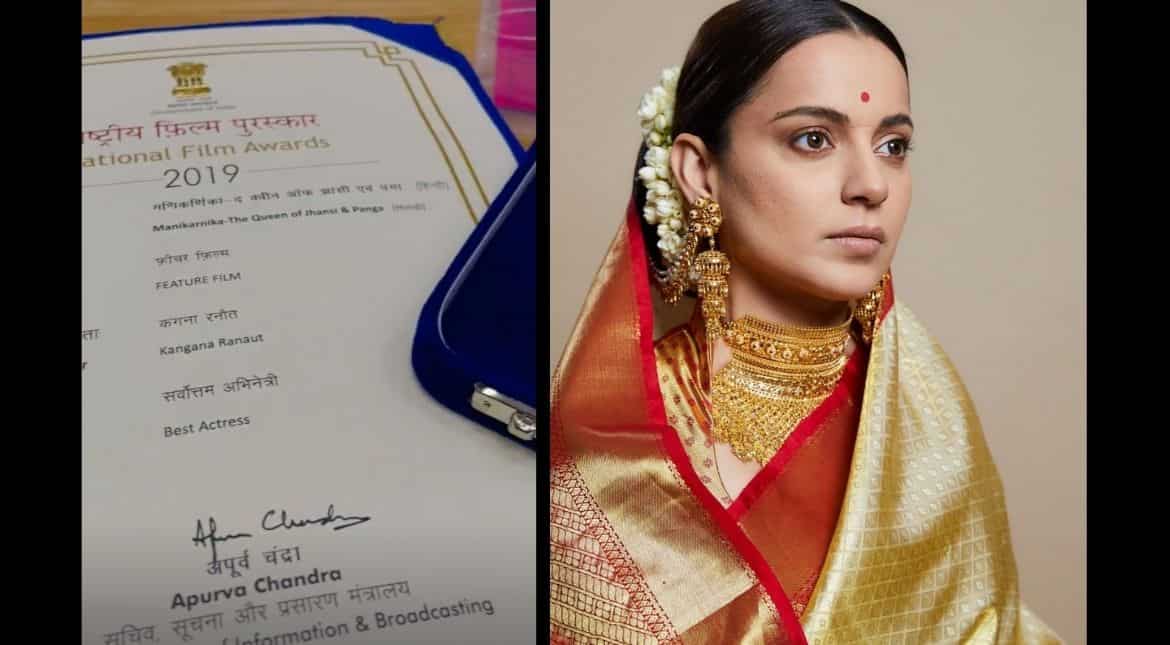 Superstar Rajinikanth was conferred with the 51st Dadasaheb Phalke Award at the ceremony.

Rajinikanth in his speech at the National Awards ceremony remembered late K Balachander and his friend Raj Bahadur and said, "I dedicate this award to my mentor, guru K Balachander sir. I remember him with great gratitude and my brother Sathyanarayana Rao Gaekwad, who is like my father, brought me up teaching great values and injecting spirituality in me. My friend from Karnataka, bus transport driver, my colleague, Raj Bahadur. When I was a bus conductor, he was the one who identified the acting talent in me and encouraged me to join cinema. All my producers, directors, technicians who worked with me and co-artists, distributors, executors, media, press, and all my fans. And, Tamil people, without them I am nobody. I thank the Tamil people who have given me my life. Jai Hind!"