Sanjay Dutt teases fans on birthday with a spectacular first look as Adheera from 'KGF: Chapter 2' 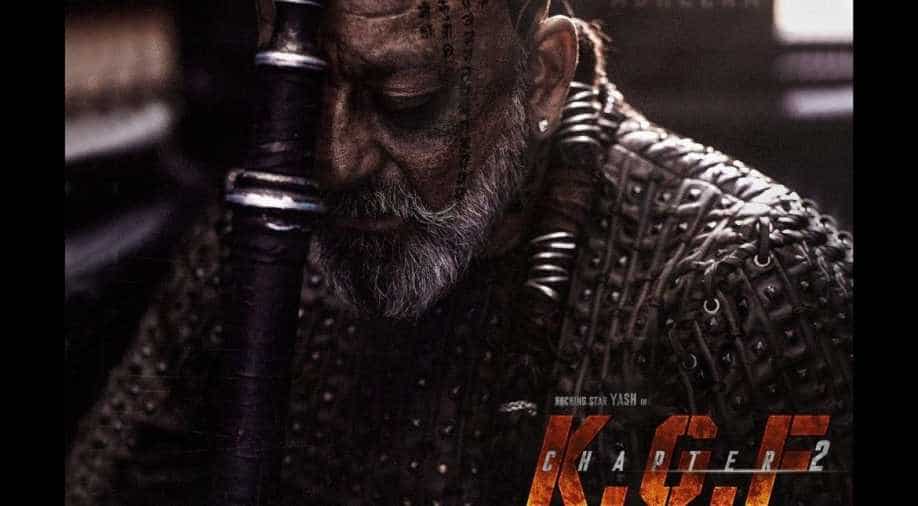 The film was originally scheduled to release on October 23, 2020 but will be delayed because of coronavirus pandemic.

As Sanjay Dutt turns a year older today on his 61st birthday, the actor teased the first look of his new character Adheera from upcoming film ‘KGF: Chapter 2’.

In the poster released, Sanjay Dutt is styled like a warrior character from the series ‘Vikings’. Sharing the poster, Sanjay wrote, “It’s been a pleasure working on this film and I couldn’t have asked for a better birthday gift.”

In reports it’s said that director Prashanth Neel ensured that Adheera remained a mystery, with hints dropped about his massive stomach for power and violence. Even though Adheera is preset as a cruel master, he comes across as a man of his words and a loyal brother.

For those unversed, in ‘KGF Chapter 1’, Adheera’s elder brother Suryavardhan hands over the reins of the gold mines of Kolar to his son Garuda, assuming that Adheera can’t handle political challenges. Adheera respects his brother’s choice and excuses himself from the power struggle. But, he vows that he will return and take over the gold mines if something should happen to Garuda. And that is what exactly happens by the end of KGF.

In an earlier interview, Sanjay had said, "The character of Adheera in KGF is very powerful. If you have seen Avengers, you know how powerful Thanos is. Adheera is as powerful as him."

Meanwhile, the production of 'KGF Chapter 2' was stopped due to the outbreak of coronavirus. The film was originally scheduled to release on October 23, 2020.