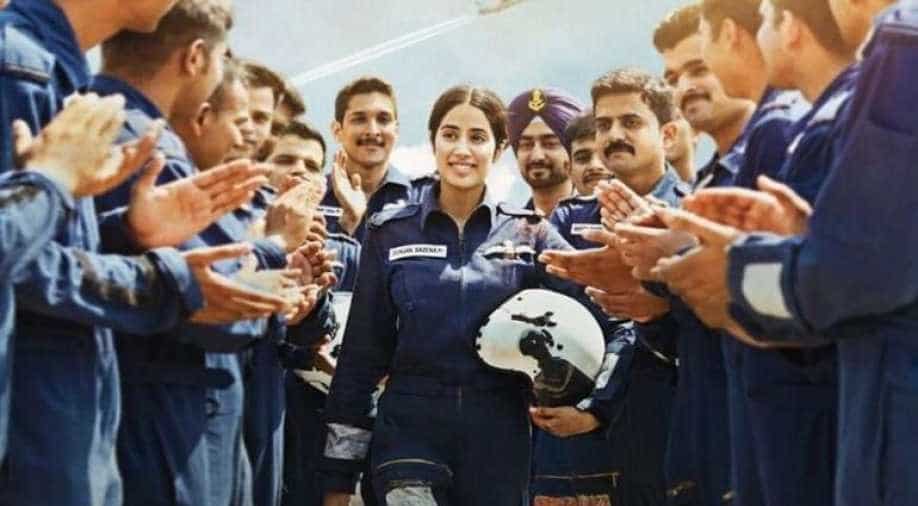 'Gunjan Saxena: The Kargil Girl' released on Netflix on August 12.

‘Gunjan Saxena: The Kargil Girl’ featuring Janhvi Kapoor as the lead character and Pankaj Tripathi as her motivating father released on netflix on August 12.

Today, Indian Air Force (IAF) has written to Central Board of Film Certification objecting to some scenes they feel shows Air Force in a “negative light” and being discriminatory towards women officers.

The movie is inspired by Flight lieutenant Gunjan Saxena, India’s first female Air Force officer’s life as she flew in a combat zone during the Kargil war.

IAF has written to Dharma Production, Netflix and the Central Board of Film Certification (CBFC).

The letter to CBFC reads: "IAF as a service has always ensured that the organisation is gender neutral and has always provided an equal opportunity to both male and women personnel.”

"In the aim to glorify the screen character of 'Ex-Fit Lt Gunjan Saxena', Dharma Productions presented some situations that are misleading and portray an inappropriate work culture especially against women in the IAF.”

Sources said that the letter mentions that as per initial understanding, Dharma Productions had agreed to represent the air force with authenticity and make all efforts to ensure that the film helps to inspire the next generation of IAF Officers, said sources.

It said that the production house was informed about the objectionable portion of the movie and was advised to delete or modify them. "However, the Production house has not deleted the scenes but had proposed a media plan in the run up to the release and inserting a disclaimer in the movie," the letter added.