As 'The Addams Family' embraces their differences, Charlize Theron and Oscar Isaac talk about not fitting in 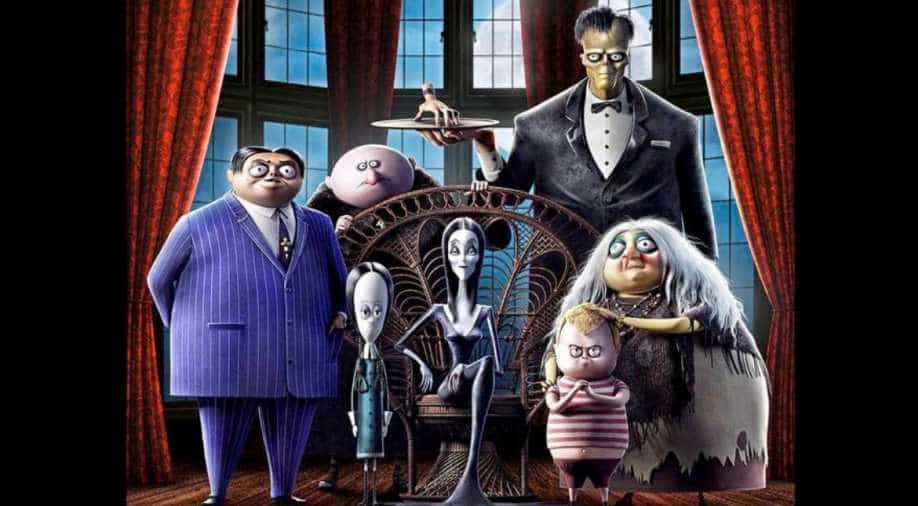 The film follows the Addams family as they move from the old country to New Jersey and how the hysterical culture clash that follows is often met with tender family moments.

Creepy, kooky, mysterious and spooky. 'The Addams Family' is back.

The film follows the Addams family as they move from the old country to New Jersey and how the hysterical culture clash that follows is often met with tender family moments.

First introduced to US audiences in 1938 as a cartoon in the New Yorker, Gomez, Morticia, Wednesday, Pugsley and Lurch have appeared in several television series and films over the decades.

Charlize Theron said living in a place that does not embrace other people's differences is still relevant after 80 years.

"You'd want to think that we've kind of overcome these issues that I think this family really represents, which is yes they're not normal they don't look like every other family out there and that's the beauty of them."

Isaac said, "As an immigrant who came from Guatemala at a very young age and moved all around the country, never stayed in one place longer than a couple of years until I got down to Florida. And then always feeling generally like an outsider. So it's definitely something that I could relate to."

Theron spoke of arriving in the US just as apartheid was ending in South Africa. "There was just a lot of anger towards, and rightfully so, white South Africans and I felt that coming out here. And it was good for me to understand how the world felt about what was going on in my country. But you know as a 17-year-old it was frightening for sure."

At its heart, The Addams Family continues to use dark humour to challenge ideas of what is normal.

"You just tap into them emotionally in a way that I think is incredibly moving," added Theron.

'The Addams Family' opens in the US and around the world on October 11.