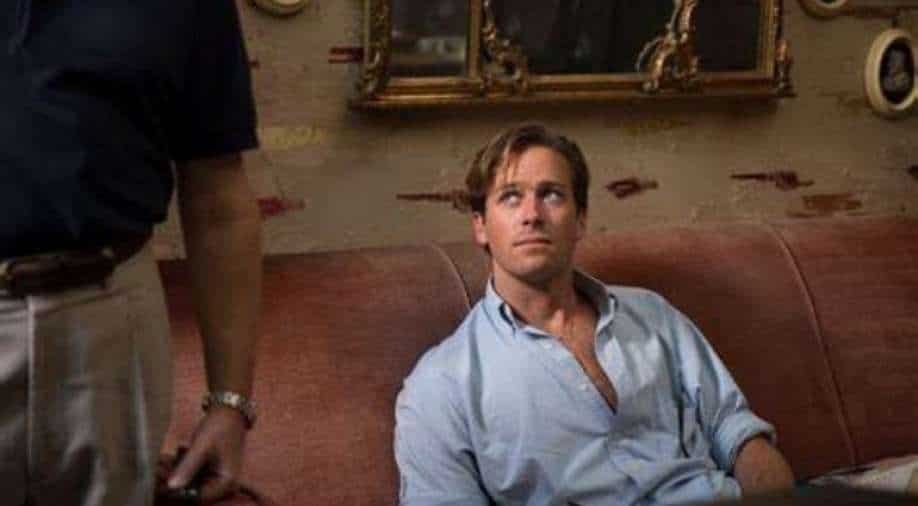 Hammer's exit from Gaslit marks the latest development in the actor's career, amid the controversy surrounding his alleged leaked online messages.

Armie Hammer has suffered another blow as his role in the upcoming television drama 'Gaslit' is set to be recast.

Gaslit is an upcoming series that is set to tell the story of Martha Mitchell's role in the 1972 Watergate scandal. The series will no longer star Hammer, 34, according to reports from multiple outlets. Hammer was originally attached to star in the project as White House Counsel John Dean. The Hollywood Reporter adds that "scheduling conflicts" is what halted the actor from starring in the series.

According to Deadline, Joel Edgerton, who was set to direct the series and star as G. Gordon Liddy — the chief operative of Richard Nixon's "Plumbers" unit — is no longer attached as well.

The series will star Sean Penn and Julia Roberts and will see Matt Ross take over as director and executive producer. Production on the series is set to begin in spring. Hammer's exit from Gaslit marks the latest development in the actor's career, amid the controversy surrounding his alleged leaked online messages.

In a January 22 statement, Hammer's lawyer addressed the claims saying "These assertions about Mr. Hammer are patently untrue. Any interactions with this person, or any partner of his, were completely consensual in that they were fully discussed, agreed upon, and mutually participatory."

Amid scandal, Armie Hammer is spending time in the Grand Cayman without 'a care in the world': Report

The actor's estranged wife, Elizabeth Chambers, addressed the controversy in an Instagram post earlier this month, writing, "For weeks, I've been trying to process everything that has transpired. I am shocked, heartbroken, and devastated. Heartbreak aside, I am listening and will continue to listen and educate myself on these delicate matters. I didn't realize how much I didn't know."

"I support any victim of assault or abuse and urge anyone who has experienced this pain to seek the help she or he needs to heal," she continued. "At this time, I will not be commenting further on this matter."

Chambers and Hammer married in May 2010 and announced their split last July after 13 years together and 9 years of marriage. They share two children: daughter Harper Grace, 6, and son Ford Douglas Armand, 4.Since the alleged messages were leaked, Hammer has also departed two other projects: the action-comedy Shotgun Wedding, starring Jennifer Lopez, and the upcoming Paramount+ series The Offer.