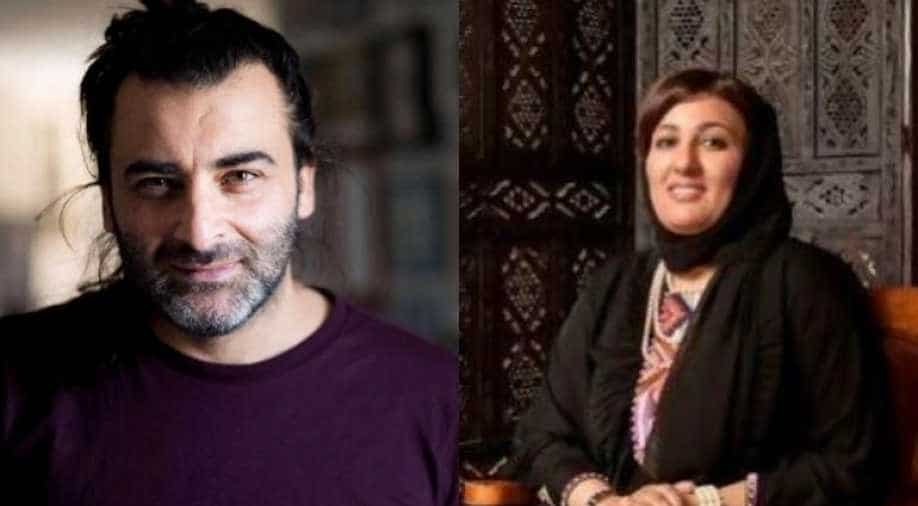 The UAE agreed last month to establish full diplomatic ties with Israel in a US-brokered deal, making it the first Gulf state and only the third Arab country to do so.

The United Arab Emirates' move to pursue normalisation with Israel has prompted a backlash from Arab artists and intellectuals, who are boycotting Emirati-backed cultural awards and events to support the Palestinian cause.

"I announce that I am withdrawing from your exhibition," Palestinian photographer Mohamed Badarne wrote to the Sharjah Art Foundation, based in one of the seven emirates that make up the UAE.

"As a people under occupation, we must take a stand against anything to do with reconciliation with the (Israeli) occupier," Berlin-based Badarne said.

The UAE agreed last month to establish full diplomatic ties with Israel in a US-brokered deal, making it the first Gulf state and only the third Arab country to do so.

The agreement was denounced by Palestinians as "a stab in the back", and sparked widespread protests.

Many Palestinians see the deal as a betrayal, breaking a consensus that normalisation with Israel is permissible only after the Palestinian question has been resolved.

Cultural figures from Algeria, Iraq, Oman and Tunisia, as well as the UAE, condemned the accord.

"No to normalisation between Israel and the Emirates and the countries of the Arabian Gulf!" Khamis added. "Israel is the enemy of the entire Arab nation."

The UAE has in recent years invested huge sums in culture, including the Louvre Abu Dhabi, a branch of the iconic Paris museum, which opened in 2017.

The oil-rich Gulf state also funds several literary awards, such as The Sheikh Zayed Book Prize, named after the former Emirati president, which hands out gold medals and cash prizes totalling some $1.9 million each year.

Moroccan writer Zohra Ramij has announced the withdrawal of her latest novel from the competition, while Moroccan poet Mohamed Bennis resigned from its organising committee.

"It would be a sin to get an Emirati prize," said Palestinian author Ahmed Abu Salim, who withdrew his entry from the International Prize for Arabic Fiction (IPAF).

The competition, which began in 2007 and is mentored by the Booker Prize Foundation in London, is funded by Abu Dhabi's Department of Culture and Tourism.

"I am an intellectual supporter of the Palestinian cause, whatever the price to pay," Salim said.

"We call on the current Board of Trustees to assume its historical cultural responsibility in protecting the award by ending Emirati funding, in order to preserve the award's credibility and independence," the letter read.

IPAF did not respond to a request for comment.

Omar Barghouti, Palestinian co-founder of the Boycott, Divestment and Sanctions (BDS) movement, said such a boycott was "a natural and patriotic response of Arab intellectuals."

Israel sees the movement, which encourages BDS measures as "civil resistance" to the Jewish state, as a strategic threat, accusing advocates of anti-Semitism.

But Barghouti warned what he called the "corrupt tycoons" who ended the embargo that they would still feel the impact of the boycott.

Palestinian poet Ali Mawassi said that even if states normalise relations, citizens did not have to do the same.

Decades after Jordan and Egypt made peace with their Israeli neighbour, many Egyptian and Jordanian artists "still refuse to associate with anything related to Israel," Mawassi said.

But, Mawassi said, other artists will still be wooed by cash.

"There are many artists who will remain silent... to take advantage of the opportunities afforded by Emirati money," he said.