AR Rahman takes a sly dig at 'Masakali 2.0'; shares the original version of the song for fans 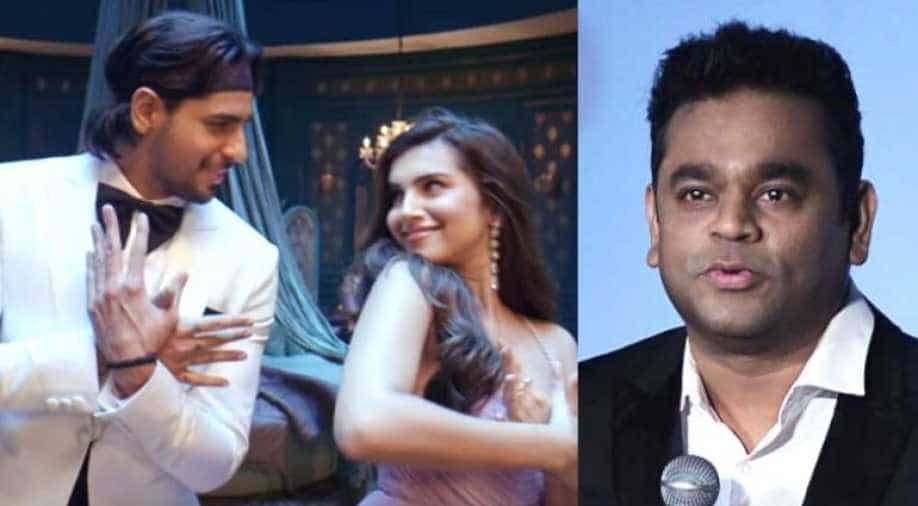 Looks like AR Rahman is not pleased with Tanishq Bagchi's version of 'Masakkali 2.0' that released on Youtube on Tuesday.

The new version features Sidharth Malhotra and Tara Sutaria and has vocals by Tulsi Kumar and Sachet Tandon.

The moment the song released, it received mix reactions with most wondering how Rahman would take to the new remix. Rahman had composed the original song for Rakeysh Mehra's 'Dilli 6' which featured Sonam Kapoor and Abhishek Bachchan.

On Tuesday night, hours after the remix was released, Rahman took to Twitter to take a sly dig on the new version of the song and shared a note which said, " “Enjoy the original #Masakali.” The note read, “No short cuts, properly commissioned, sleepless nights, writes and re-writes. Over 200 musicians, 365 days of creative brainstorming with the aim to produce music that can last generations. A team of a Director, a Composer and a Lyricist supported by actors, dance directors and a relentless film crew.” - Lots of love and prayers A.R. Rahman.”

Rahman's post got ample support from fans who dissed the new song and called it a poor copy of the original.
The original song had Prasoon Joshi's lyrics and Mohit Chauhan's vocals.

The Original is pristine. Nothing can come even remotely close to it .

#ARRahman is the most calm artist I have known but @TSeries managed to piss him off. You guys really need to think it through before ruining every nostalgic melody. Like #Masakali was the only time I loved Sonam. It was and it is a special song for us. For the sake of pigeons🤷🏻‍♀️ pic.twitter.com/iJTX0gvejo

The music video of 'Masakali 2.0' features Sidharth Malhotra and Tara Sutaria as a couple who sneak into a hotel suite and dance to the new number.

The song has led to several memes on social media and someone has even pointed out how the video looks similar to  the recreated 'Humma' song in the 2017 film 'Ok Jaanu'. Incidentally, that was also a recreation of Rahman’s song from the film 'Bombay'.