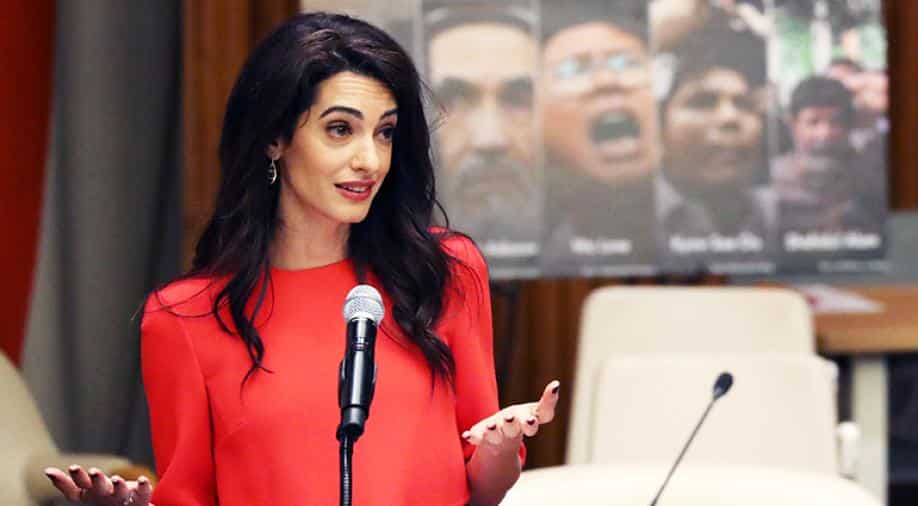 Amal Clooney, a barrister at Doughty Street Chambers specialising in international law and human rights is among the possible contenders for this year's Nobel Peace Prize.

In March, Clooney joined the legal team representing two Reuters reporters jailed in Myanmar who are accused of possessing secret government papers in what has become a landmark press freedom case.

Wa Lone, 32, and Kyaw Soe Oo, 28, were convicted on September 3 under the colonial-era Official Secrets Act and sentenced to seven years in prison.

According to the Nobel Prize website, there are 331 candidates for the Nobel Peace Prize for 2018 out of which 216 are individuals and 115 are organisations.Three hundred and thirty-one is the second highest number of candidates ever. The record of 376 candidates was set in 2016.