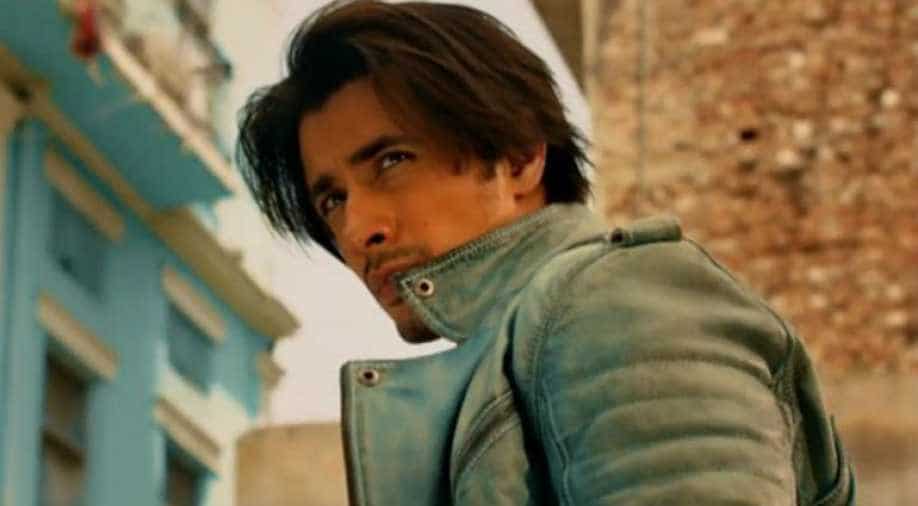 Ali Zafar in a still from 'Teefa In Trouble'. Photograph:( Others )

Zafar was giving an interview to Pakistan’s GeoTV when he broke down while claiming that Meesha’s accusations were false and accused her of running a social media campaign against him.

Pakistani singer-actor Ali Zafar broke down on live television as he spoke about sexual harassment charges levied against him by singer Meesha Shafi.

Zafar was giving an interview to Pakistan’s GeoTV when he broke down while claiming that Meesha’s accusations were false and accused her of running a social media campaign against him.

“I don’t know why she is doing this, one should ask her,” he said while refuting all the charges. “All of us have been quietly suffering for so long. Not just me, but my family — my kids and my wife too. I haven’t said a single word in the last year as I had decided to take action legally through the court. But they have been making fake accounts and tagging everyone who tries to hire me in order to ruin my career,” he added.

Zafar then mentioned Mexican singer Armando Vega Gil's name who committed suicide after being accused of sexual harassment. Addressing Shafi directly, Zafar said, "I still urge you to block out all voices and just isolate yourself and connect to God and end this. If you take one step forward, I will take ten steps forward."

In April 2018, at the peak of the #MeToo movement, Shafi accused Zafar of sexually harassing her.  In a statement on Twitter, Shafi said, "Ali is someone I have known for many years and someone I have shared a stage with. I feel betrayed by his behavior and his attitude and I know that I am not alone.”

Zafar had denied the charges levied on him and had filed a 100 crore defamation case against Shafi. When the court had dismissed Shafi's appeal, Zafar had tweeted, "Meesha Shafi’s case against me has been dismissed alongside the appeal made against the dismissal. The case in the court is my case against her to pay for damages that her false statement has caused me, which naturally she is trying to run away from. I have also filed a case against all the fake and other accounts being used to run a campaign against me on social media. I have been quiet about all this for a year while thousands of disgusting tweets were posted against me, like a campaign every time a big event comes. But it’s time to expose the truth via due process of law for which I urge the FIA (Federal Investigation Agency) to take strict legal action. And a prayer to our respected courts to decide the matter at earliest for which I would like everyone to join me in asking Miss Shafi to come to the court. #FaceTheCourtMeeshaShafi.”