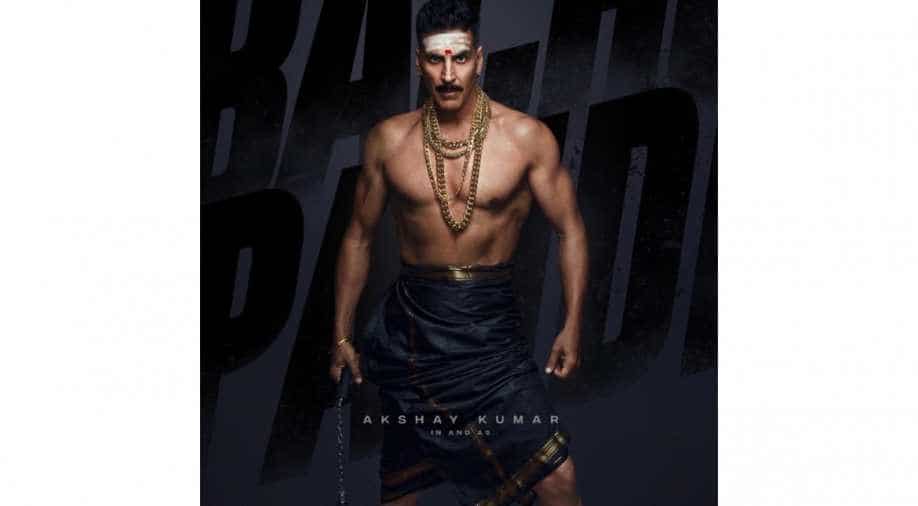 The film is slated to release on Christmas 2020.

The film is directed by Farhad Samji and is backed by Sajid Nadiadwala. It is slated to release in Christmas 2020.

The first look poster features Akshay wrapped in a gold and black lungi with several gold chains in his neck.

Akshay shared the poster and wrote: "Coming on Christmas 2020! ‪In and as Bachchan Pandey. ‪In Sajid Nadiadwala's next, directed by Farhad Samji."

Akshay is currently busy promoting his upcoming film ‘Mission Mangal’ that stars an ensemble cast including Vidya Balan, Taapsee Pannu and more. It will come out this Independence Day. Watch trailer here.

He is also busy shooting for Rohit Shetty’s ‘Sooryavanshi’ with Katrina Kaif that is expected to be a masala entertainer.